Wednesday July 8, 2015 9:16 am PDT by Joe Rossignol
Apple is asking suppliers to assemble a record-breaking 85 to 90 million units of its next-generation iPhone models combined by year-end, according to The Wall Street Journal. That order tops the reported 70 to 80 million iPhone 6 and iPhone 6 Plus units that Apple ordered during its initial production run last year. 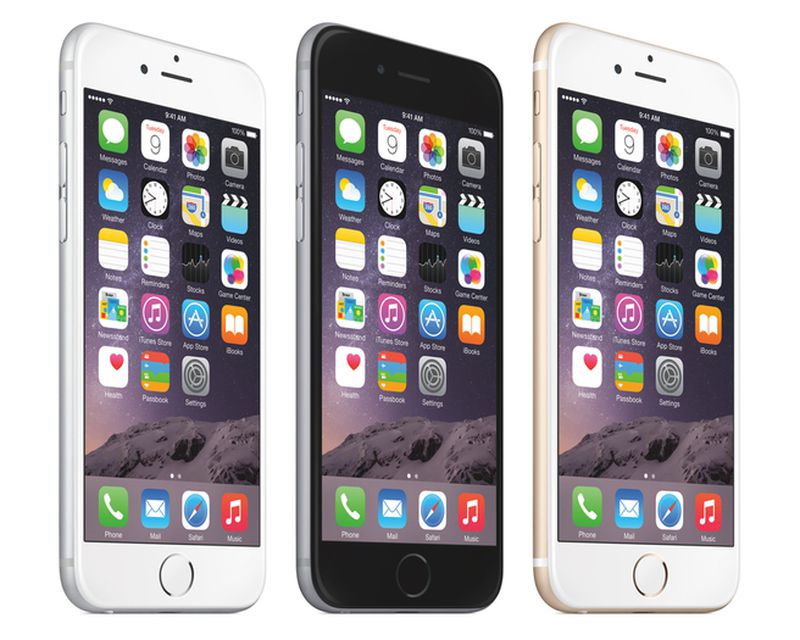 The report reiterates rumors that the so-called "iPhone 6s" and "iPhone 6s Plus" will feature both Force Touch, which can distinguish between a light tap and deep press, and a new color option, likely rose gold or pink. Foxconn and Pegatron are expected to be the main suppliers of the next-generation iPhones, while Apple may elect to use a third assembler Wistron to help fulfill the record-breaking number of orders.

The next-generation iPhones will reportedly enter mass-production starting next month and are expected to retain the same 4.7-inch and 5.5-inch screen sizes and current display resolutions. The "iPhone 6s" and "iPhone 6s Plus" are widely expected to be announced in September with a focus on non-cosmetic improvements such as an A9 processor with 2GB of RAM, Force Touch, faster Qualcomm LTE chip and improved 12-megapixel rear-facing camera.

AngerDanger
Force Touch: the long press we can charge you more for.
Rating: 12 Votes

Skipping 6S... Force Touch is not enough to upgrade anymore (along with speed bump that I can't feel, and camera upgrades that I can't tell a difference).

The s upgrades never really make sense of you bought the previous generation (or don't care about the money, or just love new toys...). But they're great, refined products for those upgrading from a 5s or earlier.
Rating: 11 Votes

mango316
just give me 2gb of RAM this time around would be great!!!
Rating: 9 Votes

the-oz-man
I guess I better get in line now.
Rating: 8 Votes

topmounter
Will the launch of the 6s w/ Force Touch be cross-promoted w/ the release of the new Star Wars movie?
Rating: 8 Votes

Poochi
Skipping 6S... Force Touch is not enough to upgrade anymore (along with speed bump that I can't feel, and camera upgrades that I can't tell a difference).

I don't have an Apple watch, that's why I asked. And I seem to remember that right clicking was something stupid you had to do in Windows.

I right click all the time on my Mac. I must be doing it wrong.
Rating: 8 Votes

DakotaGuy
I tried force touch on a phone once... It was called a Blackberry Storm. :)
Rating: 5 Votes