One of the ways Apple will draw customers to Apple Music is through exclusive content that's unavailable on other music services. Pharrell will release his new single "Freedom" exclusively on the platform, Taylor Swift has already promised to make her 1989 album available on Apple Music, and now Apple has confirmed that Dr. Dre's album The Chronic will also make its streaming music debut on the service.

Released in 1992, The Chronic has never before been made available on any streaming music service, including the hip hop star's own Beats Music service. 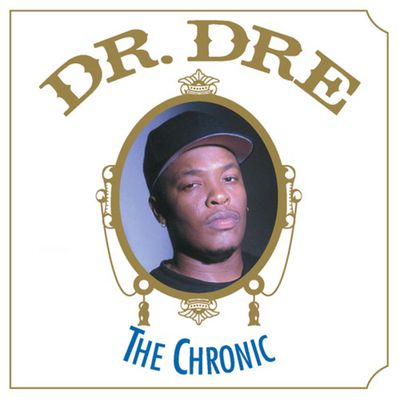 As outlined by Rolling Stone, the site that first reported the news, the album had been the subject of an ongoing legal battle between Dr. Dre and his former label Death Row Records, which may be the reason why it's been previously unavailable. Dre received full digital rights to The Chronic in 2011 and is free to release the album on Apple Music.

Exclusive content will likely be an ongoing feature in Apple Music, with Apple working to secure deals with a number of artists. Ahead of Apple Music's debut, the company was rumored to be in talks with dozens of high-profile musical acts like Florence and the Machine and Taylor Swift.

In addition to sharing exclusive songs and album releases on Apple Music, Apple is also hoping to engage artists and customers through its Apple Music Connect platform, a social network that lets artists share photos, videos, and other content with fans.

The company's worldwide 24/7 live radio station, Beats 1 radio, will also feature one-of-a-kind content like interviews and music curated by celebrities. Eminem, a close friend of Dr. Dre, will be the first Beats 1 interviewee following tomorrow's launch of Apple Music and Beats 1, and Dr. Dre will host his own radio show on the station.

Update 6:35 PM Pacific: The New York Times reports that AC/DC will also be streaming its collection through Apple Music, Spotify and Rdio.

DocPenguin
All of these exclusivity deals are going to drive me back to pirating music.

If you don't release your music to every streaming service, at the same time, I'll gladly download from a source where you won't get a dime of my money.
Score: 36 Votes (Like | Disagree)

Jimmy James
Where did he get his PhD? In which field?
Score: 26 Votes (Like | Disagree)

Where did he get his PhD? In which field?

The field of making one of the best albums of all time.
Score: 22 Votes (Like | Disagree)

This is only good news for Apple, bad news for the rest of us.

Yep, this is what is going to making the future of streaming services suck. They always find a way to ruin things.

Why, do you use Spotify and you wanted to hear it there instead? :p

It's not an issue of Spotify vs Apple Music, vs Tidal, vs whatever. It's an issue of fragmentation. These deals hurt all users of every streaming service.
Score: 18 Votes (Like | Disagree)

Arrr
Where is Detox at?
Score: 16 Votes (Like | Disagree)
Read All Comments