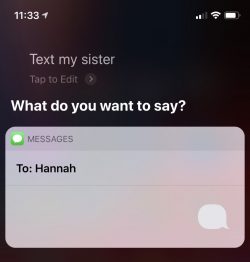 In iOS, Apple includes a feature that allows you to establish relationships for different contacts, which makes getting in touch with the people close to you much more personable.

Once you've set it up, the Contacts app's relationships feature goes hand in hand with Siri, so rather than asking it to "Text Hannah," you can say "Text my sister" and the voice-activated assistant will know that Hannah is your sister.

The following steps show you how to create contact relationships using ‌Siri‌ or by manually adding them to the Contacts app. If you own additional Apple devices, the cool thing is that you only have to do this once and iCloud will sync the changes across all of them.


Add a Relationship Manually in the Contacts App


If you want, you can manually add relationships in the Contacts app instead. Here's how.
Remember, you can establish as many relationships as you want using the above methods, so long as the person exists in your contacts.