As regular users of Siri will know, Apple's virtual assistant doesn't always interpret spoken queries and commands with one hundred percent accuracy, even after you've trained it to recognize your voice.

Certain words and phrases that you say may even be repeatedly misheard by ‌Siri‌, usually ending up with the same useless responses. Fortunately, you can edit what ‌Siri‌ heard on both iOS and macOS.

If you're using an iPhone or iPad and ‌Siri‌ misinterprets your query or command, use the Tap to Edit button that appears immediately below the transcription. This will bring up the onscreen keyboard, allowing you to directly edit the text. 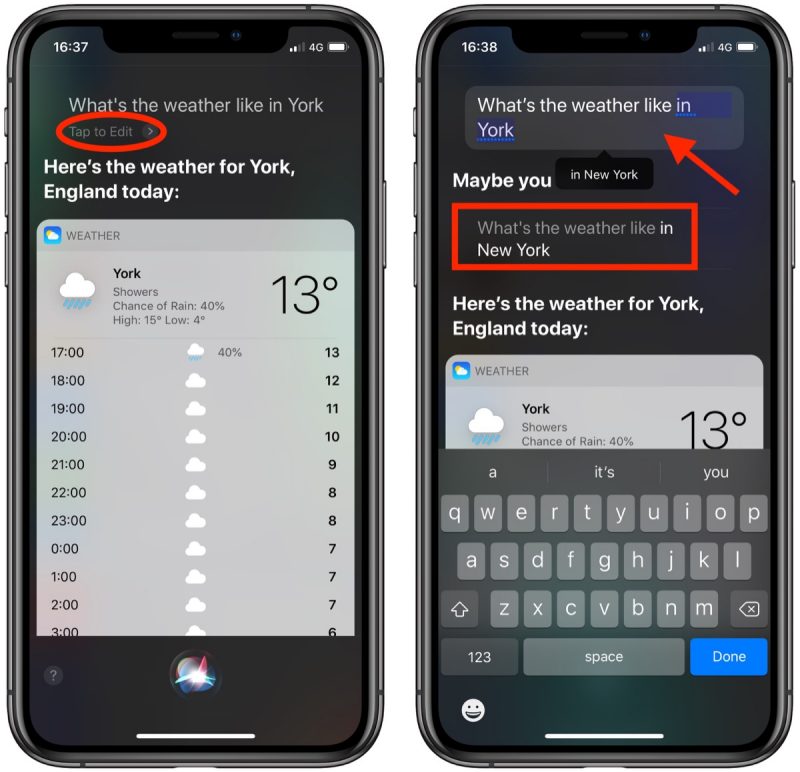 At this point, ‌Siri‌ will recognize that it got something wrong and offer you one or more possible corrections to select from under the heading Maybe you said....

You can perform the same corrective when using ‌Siri‌ on Mac, too. Simply click your transcribed request to edit the text and then press Enter when you're done, or select one of the alternative interpretations provided by ‌Siri‌ immediately below it.