The Apple Watch Series 8 could feature an all-new design with a flat display, according to the leaker known as "ShrimpApplePro." 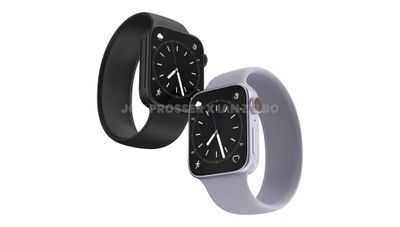 In his latest video on the YouTube channel Front Page Tech, Jon Prosser highlighted information from ShrimpApplePro that suggests the ‌Apple Watch Series 8‌ could feature a flat display in what seems to be a design originally rumored for the Apple Watch Series 7.

On Twitter, ShrimpApplePro cited sources claiming that "there is a flat front glass display" for the Apple Watch. There is said to be a "high chance that this is the front glass for the ‌Apple Watch Series 8‌," and while there is as yet no clear information about what the overall design could look like or which Apple Watch model the flat display could be destined for, it seems plausible that the information relates to the flat-edged Apple Watch design shared by Prosser last year.


In May last year, Prosser spearheaded a rumor claiming that Apple was working on an Apple Watch design with flat, squared-off edges, which was subsequently supported by alleged CAD renders and other sources. At the time, Prosser suggested that the design could be for the Apple Watch Series 7, but cautioned that it could also be for another future Apple Watch model such as the Series 8.

The Apple Watch Series 7 debuted in September last year featuring an even more rounded design, but ShrimpApplePro's latest information suggests that the rumored flat Apple Watch design may actually have been destined for a new model this year instead. ShrimpApplePro added that the flat display is believed to soon be ready for mass production, likely alongside the front glass for the iPhone 14 models, and that there will be more to share next month.

This year, Apple is rumored to be preparing to launch three new Apple Watch models, including the ‌Apple Watch Series 8‌, second-generation Apple Watch SE, and a new Apple Watch "Explorer Edition" with enhanced durability. Prosser has suggested that the flat-edged design could be destined for any of these new models.

ShrimpApplePro has a growing reputation in the Apple rumor community, providing the first look at the iPhone 14 Pro's "pill and hole-punch" True Depth camera array, thinner bezels, and exact dimensions. It is worth noting that ShrimpApplePro correctly said that the Apple Watch Series 7 would feature a rounded design like the Apple Watch Series 6, but with thinner display bezels, and is only now corroborating Prosser's initial rumor.

dantracht
Fool me once as they say. Won’t believe it until I see it.
Score: 29 Votes (Like | Disagree)

Dwalls90
It's that time of the year again. The time where the flat edged redesign rumors start popping up.

Like it or not, the S7 was a redesign. Apple could pull a fast one a redesign the S8, but historically they have only made small design language changes to the AW, and on a ~3 year cycle:

MikeCam
You lost me at Jon Prosser lol
Score: 15 Votes (Like | Disagree)