Apple Could Be Planning to Offer Dynamic Soundtracks in Its Apps

Apple could be planning to bring auto-generated dynamic soundtracks to various apps, according to a recent acquisition. 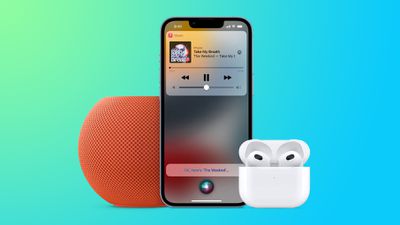 The technology is able to generate dynamic soundtracks that change based on user interaction. Music during a workout, for example, could change based on the wearer's heartbeat, thereby adjusting to workout intensity. AI Music described it as a feature that could allow advertisers to create audio that would match a user's context or mood.

AI Music's website no longer functions, but the company's previous LinkedIn page said it was "on a mission to redefine how we create, interact and experience music."

AI Music allows brands, developers and sonic adventurers access to our intelligent music library. Our goal is to give consumers the power to choose the music they want, seamlessly edited to fit their needs or create dynamic solutions that adapt to fit their audiences.

Apple reportedly completed its purchase of the UK-based AI Music company between January and February this year. Prior to Apple's acquisition, AI Music apparently had approximately two dozen employees.

Apple could potentially make use of the AI Music technology in several ways across its various apps and services. Songs that can change based on a user's heart rhythm could be integrated into Apple Fitness+, while the Photos app, which uses royalty-free music to provide songs for photo slideshows, could take full advantage of auto-generated music that matches a set mood. The technology behind AI Music's Infinite Music Engine could even enhance Apple Music's algorithms, but it is as yet unknown what exactly Apple has in store for the company.

The next significant development that Apple is working on to enhance the music listening experience seems to be an all-new Apple Music app dedicated to classical music, which has been spotted in beta versions of iOS 15.5. The new app is set to be based on Primephonic's technology, a streaming service with bespoke specializations for classical music that Apple acquired last year.

Monday August 8, 2022 5:17 am PDT by Hartley Charlton
The pace of Apple's acquisitions has "dramatically" slowed over the past two years, Bloomberg's Mark Gurman reports. Regulatory filings show that Apple spent $33 million on payments related to acquisitions during the last fiscal year and $169 million in the first nine months of the current fiscal year. This is down from $1.5 billion in the fiscal year of 2020. Apple previously acquired a...
Read Full Article • 30 comments

Friday April 8, 2022 2:13 am PDT by Hartley Charlton
Signs of Apple's all-new Apple Music app have been spotted in the first beta version of iOS 15.5, potentially hinting that it could launch in the near future. Rather than the likes of "Podcasts+" or "Mail+," which have been theorized by analysts as potential additions to the Apple One subscription bundle over the past year, Apple will bolster Apple Music by spinning off classical music to a...
Read Full Article

Friday July 15, 2022 6:15 am PDT by Hartley Charlton
Apple today announced Apple Music Sessions, an exclusive new line of live releases and covers in Spatial Audio. The sessions, recorded in Apple Music studios around the world, give artists the opportunity to reimagine and recreate hits from their back catalog of music, as well as creative covers of classic songs. The sessions are also recorded to provide a companion live music video on Apple ...
Read Full Article • 22 comments

Wednesday August 17, 2022 9:51 am PDT by Juli Clover
Apple is aiming to hold its first fall event on Wednesday, September 7, reports Bloomberg's Mark Gurman. The event will focus on the iPhone 14 models and the Apple Watch Series 8. The standard iPhone 14 models are expected to get few changes, but the iPhone 14 Pro models will include updated camera technology, the removal of the notch in favor of a pill-shaped and hole-punch cutout, an A16...
Read Full Article • 216 comments