Apple is preparing for a slew of fall product launches according to new filings that showed up today in the Eurasian Economic Commission database. There are listings for new Mac and Apple Watch models, all of which have previously unknown model identifiers that indicate that they're upcoming devices. 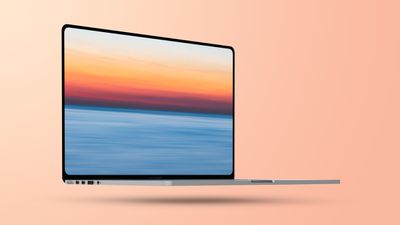 As for the Mac, the ECC database lists A2442 and A2485 as new machines, and these could perhaps be the new 14 and 16-inch MacBook Pro models that are in the works and that are rumored to be launching before the end of the year.

The new MacBook Pro models are expected to have an updated Apple silicon chip (either an M1X or an M2), and a complete design overhaul. The new machines do away with the Touch Bar in favor of a standard row of function keys and they also readopt many ports that were abandoned in prior models, with Apple adding an SD card slot and an HDMI port, along with Thunderbolt 4 ports.

The new machines are expected to re-adopt MagSafe technology for charging purposes, and they're believed to have mini-LED displays.

There are also updated filings for the new iPhone models that were spotted in the database earlier this year. In June we saw several new ‌iPhone‌ model numbers including A2628, A2630, A2634, A2635, A2640, A2643, and A2645, all of which likely correspond to new iPhone 13, ‌iPhone 13‌ mini, iPhone 13 Pro, and ‌iPhone 13 Pro‌ Max devices. At the time, those devices were filed running iOS 14, but Apple has now updated the filing to note that the devices have iOS 15 installed.

We've heard endless rumors about the ‌iPhone 13‌, and though the upcoming iPhones won't be too different from the iPhone 12 models, we can expect features like a smaller notch, an upgraded A15 chip, 120Hz ProMotion displays, and camera improvements, with a full list of features available in our iPhone 13 roundup.

Apple is required to publish all products featuring encryption and/or cryptographic tools with the Eurasian Economic Commission, which is why these filings are popping up ahead of the fall product launches. Apple regularly registers new iPhones, iPads, Apple Watches, and Macs in the ECC, and these unreleased product filings correspond with future device launches.

Rumors suggest we're going to see the new ‌iPhone 13‌ models and the Apple Watch Series 7 debut at a September event, while the new MacBook Pro models could come either in September or at a separate event in October.

TheYayAreaLiving ?
Hang in there folks!!!

One more month to go till our bank account gets damage again :( Unfortunately, I'll be ordering the new [U]Apple[/U] Watch, new iPhone and the new Mac 16".

I'm going to be so broke this Fall, LOL.

I'm 99.99% sure, this is the month where production is in full force inside the factory.
Score: 7 Votes (Like | Disagree)
Read All Comments