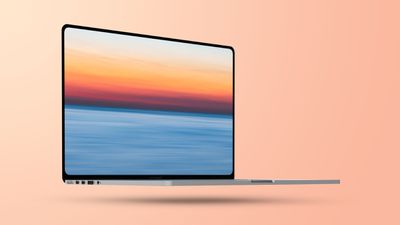 Yesterday, DigiTimes posted a preview of a story reporting that the launch of the redesigned MacBook Pros could be delayed until next year. Now, the full report offers more context, including the fact that Apple suppliers are feeling constrained by the launch of the new mini-LED 12.9-inch iPad Pro, hindering production for the Mac.

Volume production of Apple's miniLED-backlit MacBook Pro series may have to be postponed to fourth-quarter of 2021 or first-quarter 2022 if the sudden surge in the number of COVID infections in Taiwan continues to worsen, according to industry sources.

DigiTimes still reports that Apple plans to release the new MacBook Pros in the second half of this year, but implies that much like the new M1 ‌iPad Pro‌ and iMac, they may not be widely available for purchase until a few weeks after their initial announcement. Apple announced the new ‌iPad Pro‌ and ‌iMac‌ at an event on April 20, yet neither product officially ships and launches to customers until the second half of May, most likely this week on May 21.

Apple may opt to take a similar approach with the new 14 and 16-inch MacBook Pros, announcing them to the public but not make them available until sufficient production is underway. However, DigiTimes also notes that a minimal number of 14-inch MacBook Pros will be produced in the third quarter of this year, likely hinting that supply will be tight, despite reasonably high demand.

wanha
Mini-LED display, (hopefully) an M2 processor, MagSafe, a ton of ports - I am genuinely EXCITED for the new 14" MacBook Pro. Can't wait to throw my money at Apple.
Score: 10 Votes (Like | Disagree)

That super thin bezel isn't gonna happen. Don't take a notice or you will get disappointed.

Instead they will add another 2 cm to make sure the white bezel really stands out ;)
Score: 6 Votes (Like | Disagree)

BvizioN
That super thin bezel isn't gonna happen. Don't take a notice or you will get disappointed.
Score: 5 Votes (Like | Disagree)

Serban55
So no MBP at WWDC if this is true somehow
Score: 4 Votes (Like | Disagree)

So no MBP at WWDC if this is true somehow

There was never going to be any new MacBooks at wwdc.
Score: 3 Votes (Like | Disagree)
Read All Comments

Thursday July 8, 2021 10:03 pm PDT by Sami Fathi
Apple is still on track to begin mass production of the upcoming redesigned 14-inch and 16-inch MacBook Pro with mini-LED displays in the third quarter of this year, Apple analyst Ming-Chi Kuo said today in a note obtained by MacRumors. Several reports have pinned the third quarter of the year as a timeframe for when Apple could release the new MacBook Pros. DigiTimes had previously pinned...
Read Full Article • 93 comments

Monday August 8, 2022 10:43 am PDT by Juli Clover
With the fifth beta of iOS 16, Apple has updated the battery icon on iPhones with Face ID to display the specific battery percentage rather than just a visual representation of battery level. The new battery indicator is available on iPhone 12 and iPhone 13 models, with the exception of the 5.4-inch iPhone 12/13 mini. It is also available on the iPhone X and the iPhone XS. Battery percent...
Read Full Article • 316 comments