Claire Danes, known for "Homeland," is set to star in upcoming Apple TV+ series "Essex Serpent," reports Variety. When Apple inked a deal for the series back in August, it was meant to star Keira Knightly, but she exited the project in October. 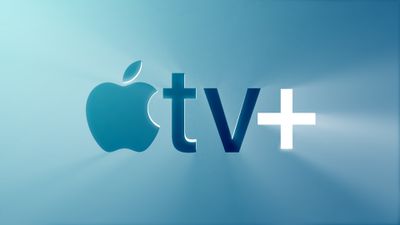 "Essex Serpent" is based on the Sarah Perry period novel of the same name. It follows the story of a newly widowed woman named Cora Seaborne who escapes from an abusive marriage and relocates from Victorian London to the small village of Aldwinter in Essex. Cora is fascinated with the local superstition that a mythical creature called the Essex Serpent roams in the area. From the novel's description:

While admiring the sites, Cora learns of an intriguing rumor that has arisen further up the estuary, of a fearsome creature said to roam the marshes claiming human lives. After nearly 300 years, the mythical Essex Serpent is said to have returned, taking the life of a young man on New Year's Eve. A keen amateur naturalist with no patience for religion or superstition, Cora is immediately enthralled, and certain that what the local people think is a magical sea beast may be a previously undiscovered species. Eager to investigate, she is introduced to local vicar William Ransome. Will, too, is suspicious of the rumors. But unlike Cora, this man of faith is convinced the rumors are caused by moral panic, a flight from true belief.

These seeming opposites who agree on nothing soon find themselves inexorably drawn together and torn apart-an intense relationship that will change both of their lives in ways entirely unexpected.

In addition to starring in "Homeland" in recent years, Dane is also known for "My So-Called Life," "Temple Grandin," "The Hours," and "Romeo + Juliet." Filming has not yet begun on "Essex Serpent" and there's still no word on when it might premiere on ‌Apple TV+‌.

you should watch Homeland. great show. at times, way better than 24.
Score: 3 Votes (Like | Disagree)

DeltaHF
She was incredible in Homeland, which is a fantastic show.
Score: 3 Votes (Like | Disagree)

you should watch Homeland. great show. at times, way better than 24.

I was a consultant with show runner Alex Gansa on seasons 4 and 5 while a field agent in Berlin.

Many of us in the IC were consultants. Gansa really wanted to tap into the sociopolitical global thread and much of what was written and shot was done a year before a season aired. I remember in season 5 in Berlin the main story arc and climax included

attacks on numerous European cities, not just Berlin and Quinn (Rupert Friend). It was written and filmed in 2014/early 2015. Then came the Paris attacks in November 2015 and CBS/Showtime met with Gansa, Danes, and a few of us to discuss what should be done as the show paralleled exactly what was happening and it the material would have aired right after the attacks. We had to rewrite the ending and removed Paris, Brussels - numerous EU capitals and cities - and changed the climax for the season. Otto’s attempts at discrediting Carrie (Danes) were not due to romantic interests - he was secretly funding Syrian‘s fighting al-Assad in Syria to atone for his past families associations with Nazi Germany and thought his financial and other support was to overthrow Assad and stop his Russian funded war against those who opposed him (Putin has his own interests in the Middle East - the only warm water naval port Russia has in the Mediterranean requires the Ukraine and access through the Middle East hence Russia’s support of middle eastern princes and nations). That all came back to haunt him as they attacked Europe instead.

The entire ending had to be scrapped and reshot within weeks. We removed everything but the attack on Berlin and focused on Quinn and Carrie and the aftermath and made Otto’s intentions of removing Carrie as she was getting too close to his organizations work in Syria as a love interest.

Rupert Friend wrote the letter that Claire Danes reads to him on a flight back for reshoots at Alex Gansa’s request. He put it in an envelope and no one read it until the scene was shot. Before the scene was filmed, production located an abandoned hospital outside Berlin and padded the walls of a room with used mattresses for a quick makeshift recording studio and Friend read the letter that was to be played during the scene.

Danes read the letter while production played Friend‘s recorded audio on set - it was the first time anyone read/heard what Friend wrote. The reactions from Danes was her actual response to what Friend wrote for his character. They only did one take.

So what you’re seeing in the hospital scene with Claire reading Quinn’s letter was one take and Danes’ actual emotional response. I remember the set was so quiet for a minute afterwards you would hear a pin drop.

Quinn was supposed to have died in season 5 but fan response brought him back. I wasn’t involved in seasons 6 on.

That always stuck with me.

As for some who claim Danes isn’t a good actress - far from it. She was and is brilliant. She was very invested in the series as she is very sociopolitical active in life. The series finale with Danes’ character living in Moscow and looking over the wall of articles - those were all actual articles from countless newspapers and released documents of events since 9/11. A poignant commentary on real world events and wars that the series perfectly addressed.

I’m very interested in Danes’ next project. I know it will be excellent and recommend everyone give Homeland a watch.
Score: 2 Votes (Like | Disagree)

4jasontv
Clair Danes is the name I say when I mean Anna Paquin.
Score: 2 Votes (Like | Disagree)

Aside from Homeland she was also in the Bas Luhrman adaptation of Romeo + Juliet-one of the few things I remember of my secondary school English lessons as it was the first and last time I ever wanted to watch it ?
Score: 2 Votes (Like | Disagree)
Read All Comments

Monday August 24, 2020 9:17 am PDT by Juli Clover
Apple has issued a series order for an adaptation of the period novel "The Essex Serpent" written by Sarah Perry, reports Deadline. The upcoming TV show is set to star Keira Knightley. Image via Deadline "The Essex Serpent" follows the story of a newly widowed woman named Cora Seaborne (played by Knightley) who escapes from an abusive marriage and relocates from Victorian London to the small...
Read Full Article • 34 comments

Monday January 25, 2021 11:31 am PST by Juli Clover
Apple today shared a first look feature of "Palmer," an upcoming Apple TV+ film that stars Justin Timberlake taking on the role of a former college football phenomenon who returns to his hometown to get his life back on track after a stint in prison. Described as a story of "redemption, acceptance, and love," "Palmer" will be released on Apple TV+ this Friday.After 12 years in prison, former ...
Read Full Article • 42 comments

Friday May 28, 2021 1:42 pm PDT by Juli Clover
Apple has won the rights to "The Big Door Prize," a half-hour comedy based on M.O. Walsh's bestselling novel of the same name, reports Deadline. Apple was involved in a bidding war for the series, winning out over multiple other bidders. The project, headed up by "Schitt's Creek" writer and executive producer David West Read, will consist of 10 half-hour episodes. Read is writing the...
Read Full Article • 32 comments

Thursday March 18, 2021 9:19 am PDT by Juli Clover
Apple has given a series order for a half-hour comedy series starring Maya Rudolph. The series is untitled as of yet, but Rudolph will play Molly, a woman whose life is upended after her husband leaves her with 87 billion dollars. The series was created by Alan Yang and Matt Hubbard, who have also worked with Rudolph on "Forever." Yang is known for "Parks and Recreation," "Master of None,"...
Read Full Article • 32 comments

Monday April 26, 2021 2:19 am PDT by Sami Fathi
Apple TV has received the proper and needed regulatory approval to officially launch in mainland China, according to sources across Chinese social media platform Weibo and popular local tech blogger @Voooolks. According to the blogger, who has more than 1.4 million followers on Weibo, Apple TV has received approval from China's State Administration of Press and Publication, Radio, Film, and...
Read Full Article • 15 comments

Friday March 5, 2021 10:30 am PST by Juli Clover
Apple is working on a six-episode limited series called "In With The Devil," which is set to star Ray Liotta, Taron Egerton, and Paul Walter Hauser, reports Deadline. "In With The Devil" is based on the James Keene and Hillel Levin novel "In With The Devil: A Fallen Hero, A Serial Killer, and A Dangerous Bargain for Redemption," the true crime story of a football star who ends up in prison...
Read Full Article • 17 comments