For Black Friday 2020, many retailers have solid deals on a variety of Macs. Apple's new M1 Macs are ones everyone wants right now, but because they're so new, deals on them are fairly sparse, although we are seeing some modest discounts. 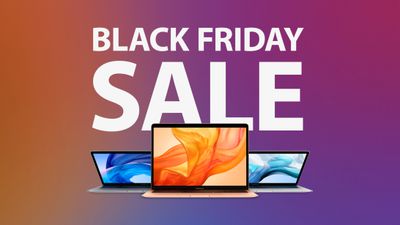 There are some discounts on older Intel Mac models which are worth checking out for those looking for an iMac, 16-inch MacBook Pro, or Intel version of the MacBook Air and 13-inch MacBook Pro. But, make sure you really need one. We don't generally recommend buying an Intel Mac right now.

Apple is holding a four-day shopping event that provides up to a $150 Apple Store gift card with the purchase of select Apple products. The following Macs are included:

For more Black Friday deals, check out our full Black Friday roundup. There are discounts on AirPods, iPhones, iPads, Apple Watches, Apple accessories, and more, all of which are worth checking out.