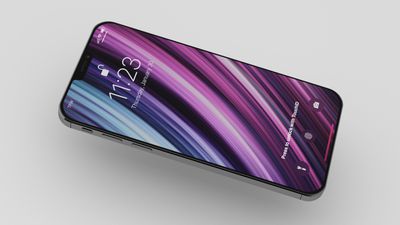 According to a machine translation of EDN's Chinese-language report, touch panel maker GIS, OLED display maker BOE and Qualcomm are collaborating on the ultrasonic technology, which could feature in at least one of the high-end models in Apple's ‌5G iPhone‌ lineup.

EDN was a source of rumors last year that one of Apple's 2020 iPhones could have an under-display ultrasonic fingerprint scanner. Those reports claimed that Apple would use Qualcomm's ultrasonic fingerprint sensor technology in at least one iPhone model set to be released in 2020, although the timeframe could be pushed back to 2021.

Those rumors also lined up with reports last year from analyst Ming-Chi Kuo, Barclays analysts, Bloomberg, and others who said they expect Apple to release an ‌iPhone‌ with both Face ID and under-display fingerprint authentication in 2020 or 2021.

However, rumors and leaks this year have not indicated that the technology will feature in 2020, and well-connected Bloomberg reporter Mark Gurman recently said he does not expect under-screen fingerprint technology in an ‌iPhone‌ this year, suggesting Apple may have decided to push back the technology to 2021. The only other recent mention of fingerprint technology was by an anonymous Twitter account with a fairly accurate track record that said Apple is developing a new iPad Air with under-the-screen Touch ID.

Qualcomm already supplies ultrasonic fingerprint sensors for some Samsung smartphones, but future iPhones could potentially use an even more advanced version of the technology that works across the entire display.

jsmith189
Would love if they ADDED this, but not at the expense of Face ID.
Score: 29 Votes (Like | Disagree)

But we were told FaceID is the way to go and TouchID is insecure.

We were never told TouchID is insecure.
Score: 15 Votes (Like | Disagree)

Skeith
In an era of face masks and coronas, this is needed. Dearly.
Score: 14 Votes (Like | Disagree)

itsmilo
I personally haven’t missed TouchID on my iPhone until we were forced to wear face masks outside now. TouchId didn’t recognize my finger many times, so often that I decided to use a short Passcode back in the day because I was tired typing in a long Passcode all the time. Probably cuz I get sweaty fingers easily
Score: 9 Votes (Like | Disagree)

Porco
If / when they can do this it would certainly remove one of the (sadly numerous) objections I have to buying a new iPhone. Ideally we will have TouchID and FaceID (hopefully both under-display) and users can choose to use whichever they prefer (or require both for even more accurate authentication).
Score: 8 Votes (Like | Disagree)

calstanford
Yay! Something every Chinese Android phone has had for the last two years. About time!
Will be great for those days you're wearing a mask and can't face unlock
Score: 7 Votes (Like | Disagree)
Read All Comments