Apple has arranged for a representative to meet with Taiwanese touchscreen-related manufacturer GIS next week to discuss development of an iPhone with an under-display fingerprint scanner for release as early as next year, according to a pair of reports from the Economic Daily News. 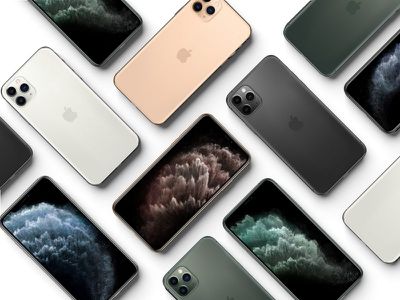 The reports claim that Apple plans to use Qualcomm's ultrasonic fingerprint sensor technology in at least one iPhone model set to be released in 2020, although the timeframe could be pushed back to 2021. GIS would cooperate with Qualcomm to supply necessary components.

This lines up with recent reports from analyst Ming-Chi Kuo, Barclays analysts, Bloomberg, and others who expect Apple to release an iPhone with both Face ID and under-display fingerprint authentication in 2020 or 2021.

Qualcomm already supplies ultrasonic fingerprint sensors for Samsung's Galaxy S10 and Galaxy Note10 smartphones, but iPhones could use an even more advanced version of the technology by time 2020 or 2021 rolls around.


In a closed-door briefing on the sidelines of the 2019 Mobile World Congress conference in Barcelona, Qualcomm director Gordon Thomas reportedly disclosed that the company plans to create even larger under-display fingerprint sensors than the one used in Samsung's latest smartphones, with an eventual goal of developing a sensor that works across virtually the entire display.

Coincidentally or not, the rumors about iPhones with under-display fingerprint scanning have suggested it will be a full-screen solution.

All in all, this serves as more evidence that Apple plans to release at least one new iPhone model with both Face ID and a form of full-screen Touch ID within the next year or two. Given the ultrasonic technology only works with OLED displays, the sensor will likely be limited to higher-end iPhones.

Update: As noted by PCMag, Qualcomm today at its Snapdragon Tech Summit in Hawaii unveiled a 30x20mm in-display fingerprint sensor for smartphones, said to be 17x larger than the one in the Galaxy S10. (Thanks, Stefan Constantine!)

mclaugaa
I prefer Face ID. Maybe I’m dull, but I don’t see the advantage to going back for fingerprints?
Score: 40 Votes (Like | Disagree)

itsmilo
Didn’t miss the touchID since the day I received my iPhone XS Max. It hasn’t failed on me once while touchID didn’t work a lot of times. Sweaty fingers and all that
Score: 35 Votes (Like | Disagree)

CC77
Good. FaceID is one of the biggest steps backwards in terms of UX that's Apple's ever made.
Score: 26 Votes (Like | Disagree)

kalafalas
I really hope this is not in replacement of Face ID. I have an S10 for work and I didn’t realize how much better Face ID really is until I had to use fingerprint again. My phone is just open for me - no action required. No trying again. Just works. Please keep Face ID Apple.

Also as a side note it’s hard to hit the scanner on the screen in the “right spot”, even with the icon on the screen as you can’t feel it like you could home button Touch ID.
Score: 22 Votes (Like | Disagree)

I prefer Face ID. Maybe I’m dull, but I don’t see the advantage to going back for fingerprints?

It should have both.
Score: 21 Votes (Like | Disagree)
Read All Comments