After lots of attention on iOS and iPadOS 13, not to mention parallel updates for watchOS and tvOS, over the past few weeks, this week was the Mac's turn as we saw the public release of macOS Catalina.

Ming-Chi Kuo also released details on his expectations for Apple product releases in the first half of next year, while Apple itself leaked references to a previously rumored but unreleased Sleep app for Apple Watch. Read on for more on this week's biggest stories!

Apple Releases macOS Catalina: What to Check Out After Upgrading

macOS Catalina is here! We've put together a list of the update's biggest changes and a video walkthrough of features to check out after upgrading. As with any new software version, some users have encountered some bugs and issues, so be sure to keep an eye on the macOS Catalina section in the MacRumors forums. 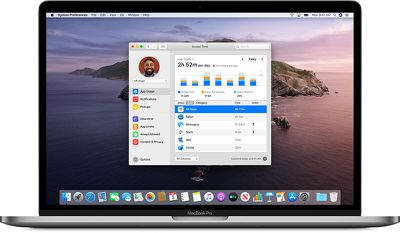 Apple says iCloud Drive folder sharing, which will allow users to share folders with a private link, has been delayed until the spring.

Apple has also seeded the second beta of iOS 13.2 with new emojis, the option to delete your Siri and Dictation history and opt out of future audio recordings as part of Siri's quality evaluation process, and more.

Apple analyst extraordinaire Ming-Chi Kuo is back with yet more predictions this week, this time noting that Apple plans to release an augmented reality headset in the second quarter of 2020, aka March-June.

Interestingly, Kuo suggested that Apple may release multiple headsets in collaboration with third-party brands, although it remains to be seen exactly what he means by that. If the mid 2020 timeframe is right, we'll soon find out.

In addition to an augmented reality headset, Kuo also expects Apple to release a so-called "iPhone SE 2" as well as iPad Pro models with 3D sensing rear cameras in the first quarter of 2020.

The "iPhone SE 2" is widely rumored to be similar to the iPhone 8, including a 4.7-inch display with bezels and a Touch ID home button, but with a faster A13 Bionic chip and 3GB of RAM, up from 2GB in the iPhone SE.

Last, Kuo believes an unspecified "MacBook" with a scissor mechanism keyboard will launch in the second quarter of 2020. It is unclear if this refers to the 16-inch MacBook Pro with an all-new design and scissor keyboard that Kuo previously said would launch by the end of 2019.

Samsung's Galaxy Note 10+, the company's newest flagship device, was unveiled just a month ahead of the iPhone 11 and iPhone 11 Pro, and it's one of the main competitors to Apple's latest smartphones.

Both have triple-lens camera setups, so on our YouTube channel this week, we compared the camera quality of the iPhone 11 Pro Max with that of the Galaxy Note 10+ to see if one has an edge over another.

An eagle-eyed MacRumors reader this week discovered a reference to an unreleased Sleep app for the Apple Watch in an App Store screenshot for the existing Alarms app on the Apple Watch.

"Set your Bedtime and wake up in the Sleep app," said the since-removed screenshot.

Last month, MacRumors reported that the Sleep app will serve two functions on the Apple Watch, including sleep tracking and an extension of the iPhone's Bedtime Mode for getting better sleep.

Apple may be readying a 96W USB-C power adapter for the widely rumored 16-inch MacBook Pro, according to information received by the Chinese-language sibling website of ChargerLAB.

Apple previously confirmed that its upcoming Pro Display XDR will be capable of up to 96W pass-through charging, which is more power than necessary for any portable device that Apple currently ships. Thus, perhaps the higher-power charger is for the 16-inch MacBook Pro.