Kuo: iPad Pro With Rear 3D ToF Camera and Scissor Mechanism MacBooks to Launch in First Half of 2020

Apple will launch a new iPad Pro with a rear-facing 3D Time of Flight camera in the first quarter of 2020, according to a new report out today from Apple analyst Ming-Chi Kuo and seen by MacRumors. 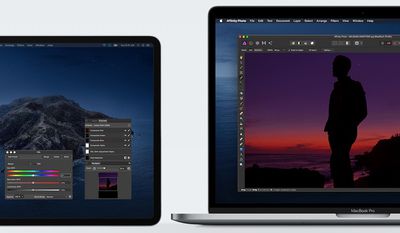 We've previously heard multiple rumors suggesting a time-of-flight camera system for Apple's 2020 iPhones and iPad Pros, including info from Kuo himself, but this is the first time that he's specified the 3D sensing camera system will be available in new ‌iPad Pro‌ models to be released early next year.

Two of the iPhones set to be released in 2020 will also feature 3D sensing rear camera setups with time-of-flight (ToF) camera lenses, according to a previous note from Kuo in July.

The Apple analyst has also revealed his predicted schedule for Apple's MacBook lineup refresh. We've already learned that Apple is planning to use a scissor mechanism rather than a butterfly mechanism for its upcoming 16-inch MacBook Pro, which is expected to be announced as soon as this month.

However, Kuo has said that after the 16-inch MacBook Pro launches, future Macs coming in 2020 will also swap over to a scissor mechanism rather than a butterfly mechanism, resulting in more durable keyboards that are not as prone to failure from heat, dust and other small particulates.

Kuo now predicts that Apple's refreshed MacBook models will arrive in the second quarter of 2020, suggesting they will feature the much-anticipated scissor mechanism keyboards that the company is adopting wholesale.

Kuo also underlined his belief that the first quarter of 2020 will see Apple launch its previously rumored "iPhone SE 2," which was mentioned in a previous research note earlier in the week.

USB A is dead.

Not if its still omnipresent.
Score: 13 Votes (Like | Disagree)

And toss the touchbar or make it optional
Score: 12 Votes (Like | Disagree)

chooyoshi
Can't wait for the 13" mBP with scissor mechanisms. Would be better if they could restore the USB a and other ports as well... But as long as they feel like the pre 2016 keyboards I'll be happy.
Score: 8 Votes (Like | Disagree)

HobbesInVA
If it becomes fact that the scissor keyboard comes back, I can finally upgrade my 2012 Macbook Pro. I've been holding off because I don't want the problems with the butterfly keyboard. When my wife's Macbook Pro required replacing I purchased a iPad Pro for her to avoid the butterfly keyboard. However, she's still not 100% happy with it. She still prefers a Macbook.
Score: 8 Votes (Like | Disagree)
Read All Comments