During Disney's earnings call this afternoon, Disney CEO Bob Iger announced that an upcoming streaming bundle that includes access to Disney+, ESPN+, and ad-supported Hulu will be priced at $12.99 per month.

The upcoming bundle will be available in the United States starting on November 12, which is the same date that the Disney+ streaming service is set to launch. 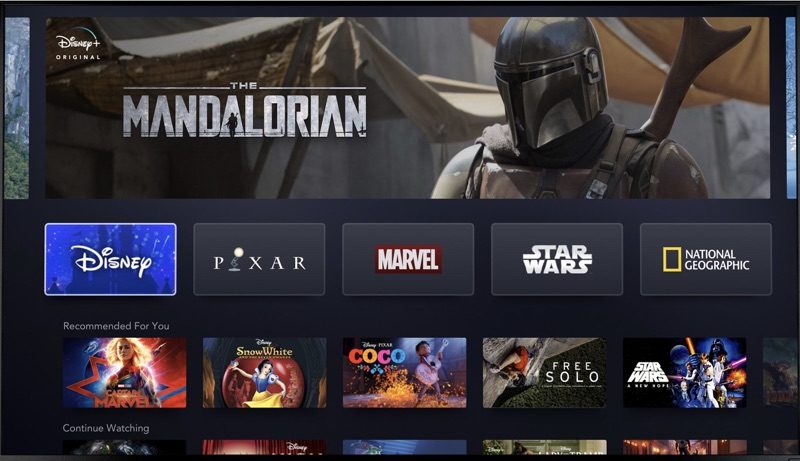 Disney earlier this year announced pricing for the Disney+ service, which is set to cost $6.99 per month, making it more affordable than many streaming services on the market. Hulu is priced at $5.99 per month with ads and ESPN+ costs $4.99, so the bundle saves customers close to $5 compared to purchasing all three services individually.

Disney is planning to make Disney+ available through the Disney+ app, which looks similar in design to Netflix and other streaming services based on a preview shown off in April. Disney+ and ESPN+ content will be available on web browsers, smartphones, smart TVs, tablets, and game consoles, which is essentially everywhere that you can watch most streaming services.

The Disney+ service and the newly announced bundle will compete with Apple TV+, Apple's upcoming streaming service that is also set to launch this fall. Apple has not yet announced pricing for ‌Apple TV‌+.

WiseAJ
It’s only a deal if you actually want ESPN. Is there a discounted bundle with just Disney+ and Hulu? I have no interest is sports.
Rating: 20 Votes

cmaier
Can they knock the price down another buck fifty and keep ESPN+ out of it?
Rating: 18 Votes

MacNut
Why should I be forced to see ads for something I’m paying for.
Rating: 15 Votes

Why should I be forced to see ads for something I’m paying for.

KnighsTalker
Ad free or nothing! I tried Hulu with ads for the first month. It was worse than watching cable TV. So I switched to the ad free version. However, it's truly not ad free although it's light years better than ad supported. If Disney tries to shove it's content down my throat with ads, I'll definitely take a hard pass on it.
Rating: 8 Votes

My time is worth more
Rating: 8 Votes

decypher44
They really need to bundle ad-free. No way do I pay for a streaming service, and then have to sit through commercials.
Rating: 7 Votes

nutmac
Your move, Apple and Netflix.

I am guessing Netflix will minimally have to put an end to raising price every 18 months, as well as no longer charging extra for UHD experience (Disney+ includes UHD for free).

As for Apple, while it could launch Apple TV+ at higher price than Disney+, a bundle that combines Apple Arcade, Music, TV+, and possibly iCloud and News+ would have to be pretty aggressive, minimally "buy 2, get 1 free" (e.g., $19.99 for Arcade, Music, and TV+).
Rating: 7 Votes

They aren’t! Ads ruin the entire experience. I forget what the heck I’m watching. Sometimes, I even forget I’m watching a show....get up, and start doing something else. Later, I’m like...oh, crap! I never finished watching that!
A couple of ads, now and then, would be okay. But, these networks have gotten carried away. Thay may as well just put a message up on the screen that reads, “We Hate You!”
Rating: 5 Votes