Apple yesterday began sending emails to Apple Pay customers, warning them about new changes to the service that are taking effect immediately with iOS 12.2 and watchOS 5.2. With the updates, Apple has ended support for sending money through ‌Apple Pay‌ Cash using a credit card (including the upcoming Apple Card). 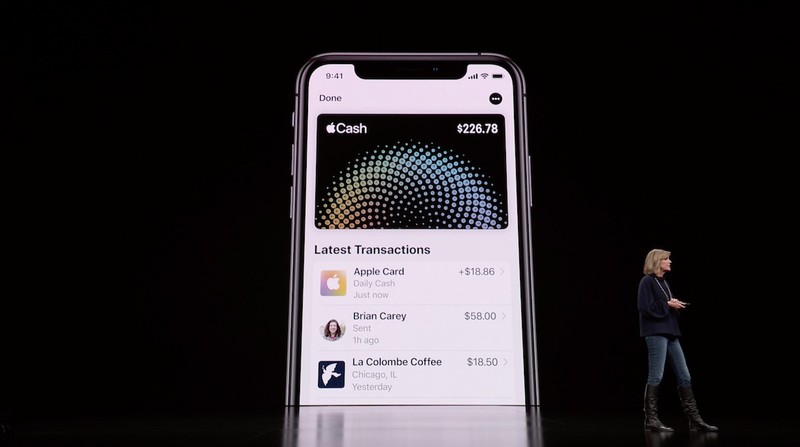 Previously, users could link their credit card to fund person-to-person payments in Messages, which are then linked to ‌Apple Pay‌ Cash in the Wallet app. Now, Apple has stopped accepting credit cards as funding options for ‌Apple Pay‌ Cash effective March 25, 2019.

‌Apple Pay‌ users can still send money using a debit card or their existing ‌Apple Pay‌ Cash balance. The company says that the update "will ensure ‌Apple Pay‌ Cash customers never have to worry about cash advance fees that may be charged by issuing banks."

In the same email, Apple discusses ‌Apple Pay‌ Cash Instant Transfers, which lets users quickly transfer money from an ‌Apple Pay‌ Cash balance to an eligible Visa debit card in the Wallet app. These transfers are processed within minutes and a 1 percent fee (minimum fee of $0.25 and maximum fee of $10) is deducted from the amount of each transfer. Traditional bank transfers still remain, offering free ACH bank transfers that take one to three business days.

Lastly, during yesterday's keynote Apple showcased a new name for ‌Apple Pay‌ Cash, now simply called "Apple Cash." The company highlighted the name change during the ‌Apple Card‌ segment of the event, explaining how ‌Apple Card‌ owners will be able to get Daily Cash rewards that instantly appear on their Apple Cash cards.

Jennifer Bailey, VP of ‌Apple Pay‌: "So when you're buying your morning coffee, shopping for groceries, and any time you pay using ‌Apple Card‌, you get Daily Cash. Not a month from now, but every day. So every day you spend, cash is added to your Apple Cash card, which is also in the Wallet app.

This simplifies the name, although the change has yet to appear as of iOS 12.2. It's possible the name change will show up alongside the launch of ‌Apple Card‌ this summer.

If you missed yesterday's event, or want a quick refresher, be sure to check out or six-minute recap of everything Apple announced at the event.

Sorry I'm not familiar with how things work in the US. But this is just your own money right, not credit card? So you're being charged to access your own cash.

So this is like a tax on being poorer and having lower cash reserves? Otherwise you just wait a bit longer?

But why are people transferring money from Apple to a debit card anyway? Because they need to access cash from an ATM? Apple doesn't support ATMs?

I don't understand why you'd put your money into this bank service that then places these "inconvenience fees" on you.

You seem to be making a much bigger deal out of this than it actually is. People pay other people with Apple Cash. The receiving party has two options to transfer that money to their bank. 1) ACH for free (takes 1-3 days), or 2) Instantly to a debit card, for 1% fee. If you want your money now, you pay a convenience fee. This is not uncommon.

Apple Cash is not a ATM card, you cannot use an ATM - besides ATMs charge a $2-3 fee to use unless its your bank's ATM.

Apple Cash is not a "bank service" its a way to send and receive money from people, like PayPal or Venmo. PayPal and Venmo also charge these fees for instant transfer. I'm pretty sure it costs them money to make an instant transfer so they are recouping it by charging you.
Score: 12 Votes (Like | Disagree)

bigboyz12000
I love how Apple lists all of these reasons but leaves out that they themselves are offering a credit card (main reason) HAHA!
Score: 12 Votes (Like | Disagree)

PastaPrimav
Ending that is a good idea. I know plenty of people who have accidentally taken a cash advance on their credit card thanks to trying to use Apple Pay person-to-person. Which is something no one ever wants to do, or ever should do.
Score: 11 Votes (Like | Disagree)

No. It is a 1% fee to move it instantly to a debit card. It’s still free for bank transfers, just as before. This isn’t uncommon in the industry.
Score: 11 Votes (Like | Disagree)

All of these apple services all under one roof are getting disturbing. One iOS botched update and your life is put on hold. And botched iOS updates are not uncommon.
Really... who wants their money tied to Apple services? Just asking for trouble.

The wisest thing to do is diversify to other providers for: Music, Video, money (especially money) and everything else. So when there's a problem (and Apple certainly isn't immune to them) only one service goes down, not the whole freaking house of cards
Score: 9 Votes (Like | Disagree)

So why offer a version with 1% charge? Just trying to take advantage of people?

Because some people want the money instantly. This isn't new. The Cash App and Paypal have identical policies.
Score: 8 Votes (Like | Disagree)
Read All Comments