Disney in Talks to Acquire WarnerMedia's 10% Stake in Hulu, Resulting in 70% Ownership After Fox Acquisition

Disney is in active discussions with AT&T in an effort to acquire the 10 percent ownership stake that WarnerMedia has in Hulu, according to a report by Variety. Disney already owns a 30 percent stake in Hulu, and is soon to gain Fox's 30 percent stake once regulatory approvals for the Disney/20th Century Fox acquisition go through. 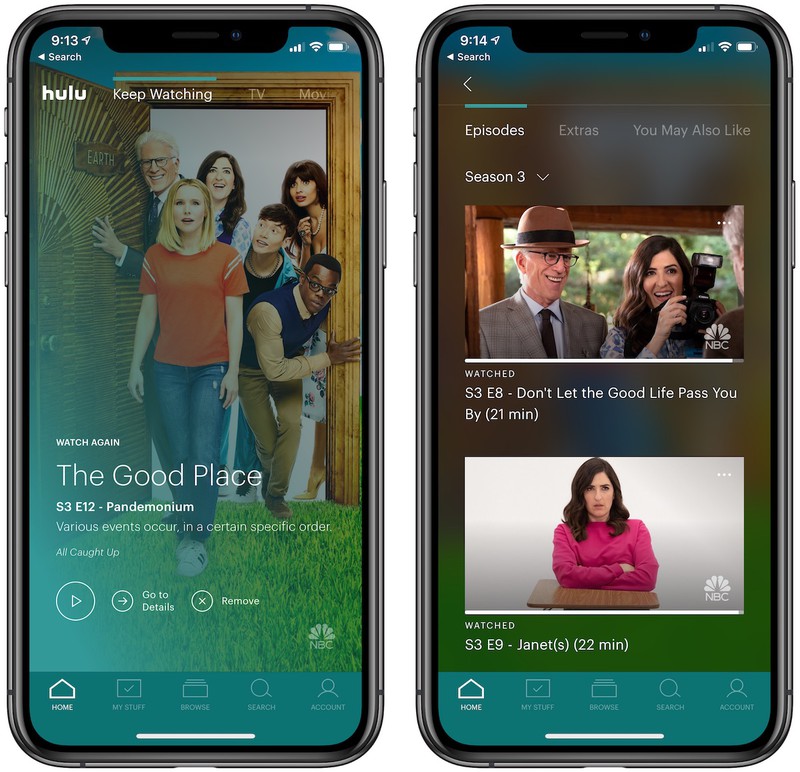 This means that if Disney does end up with both AT&T and Fox's stakes, it will own a 70 percent majority of the Hulu streaming service. The last remaining company with a stake is Comcast/NBCUniversal, and in a statement last month NBCU CEO Steve Burke said that "Disney would like to buy us out...I don't think anything's going to happen in the near term."

At this point, it's believed that even with a 70 percent control of Hulu, Disney would leave the platform as it is, focused on general entertainment with TV shows and films for subscribers to watch. In contrast, the upcoming Disney+ streaming service will be the platform where customers can get Disney-focused content in a more family-friendly environment.

For AT&T, the company is said to be looking to sell its minority stake in Hulu as it prepares to launch its own streaming service in late 2019. This service will be divided into three tiers: "one focused on movies; one with movies plus original programming; and a third tier comprising content from the first two along with WarnerMedia library content and licensed programming."

Apple's own entry into the streaming service market will happen soon, as the company plans to introduce its TV service at an event on March 25. While we will likely gain a lot of information about the service at that time, it's not expected to launch until the summer or fall of 2019.

smetvid
I would actually like to see them scrap Disney+ and just use Hulu as their platform. I don't really need 500+ different streaming services and if it gets to that point I'm going to hate it as much as cable. Part of leaving cable was to stream but also consolidate that streaming to a handful of platforms. I pay for CBS now because I love Star Trek but I hate having to pay for a single streaming platform for one single show. Ratings are not as good for Star Trek Discovery either for this exact reason and it would have faired much better on Hulu or Netflix. Disney has a lot more potential than the broadcast networks do so I may give them a chance but I would really prefer to just have a handful of services and be done with it.
Score: 3 Votes (Like | Disagree)

This space is really starting to heat up.

Apple Music was a great idea which is growing more and more every year and they purchased Beats to get into the space, but Apple seems to be building their video service from the ground up.

I just am not sure, with all the competition, that Apple can be successful here. They would need to strike so many deals in addition to the original content they’re producing.

I do think that if they’re able to strike that deal with the Washington Post, NYT, WallStreet Journal and magazines, Apple could make a nice chunk of change with that service, but this one makes me nervous. Then again, maybe they have something. Really great in the works I don’t know about.

Unfortunately too late, Apple will sink in billions and will have no entertainment brand against Amazon, NetFlix, Hulu and Disney. Apple won’t be able to offer TV-MA shows with violence and nudity and racism and drugs, because of its innocent good boy image, and that’s what people pay for. Apple will not be able to package enough original kids/family content because it has no chance against Disney, and that’s what parents want. After some fanfare with big names, in a year, there will be a bunch of cold soup shows that will turn their service into an equivalent of USA or TNT.

And this is all because of the ego of one individual who alone will cause massive harm to Apple - Eddy cue. With his stupid I can do it all attitude, and the immense power given to him, he passed Netflix, Hulu and deals with cable operators. He’s basking in glory of Apple service revenue going up (and surely taking credit for it), but none of the service revenue is because of his genuinity or less, creativity - it’s just because of increased handset base, and better hardware resulting in better apps.

Cue is the Terry Semel of Yahoo, and in time will go as an obstructionist who raked up a pile of money and checked out.

I’m just hoping the wearable segment can bring in enough money to Apple to offset the cost of this idiot.
Score: 2 Votes (Like | Disagree)

In what way? I’m very happy with my ad free plan, just wish they had more discovery shows
Score: 2 Votes (Like | Disagree)

PickUrPoison
They might leave the Hulu platform alone, but with Fox’s 30% they’re going to be the majority owner, so they can do whatever they want. I would expect to see them offer a Hulu/Disney+ bundle in any case.
Score: 2 Votes (Like | Disagree)

Porco
At this rate I think Disney should be making plans for talks to buy itself once there's nothing else left to buy!
Score: 2 Votes (Like | Disagree)

Spock
I have a feeling that we are heading towards a meltdown with these streaming services and unfortunately the consumers are the ones that will lose.
Score: 2 Votes (Like | Disagree)
Read All Comments