Serial tech leaker Steve Hemmerstoffer (@OnLeaks) claims to have received an alleged CAD rendering of Apple's so-called "iPad mini 5," rumored to be launching in the Spring.

Hemmerstoffer has yet to share the image, but assuming the leak is legit, he says it suggests there will be no major design changes to the next-generation ‌iPad mini‌, save for a "relocated mic, centered on the upper back panel." 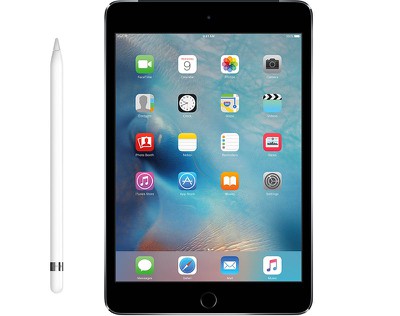 Suggestions that the new ‌iPad mini‌ will look virtually the same as the last model is likely to disappoint some fans of Apple's smaller form factor tablet who may have been hoping for an iPad Pro-style redesign with Face ID and an edge-to-edge display.

However, today's development is in line with multiple reliable sources that claim Apple will release a new version of the ‌iPad mini‌ with affordability in mind, suggesting only upgraded internal specs and a lower-cost display panel in a similarly sized chassis. The 7.9-inch tablet is also expected to continue to have a Lightning connector, Touch ID, and a 3.5mm headphone jack.

Just got my hands on alleged #iPadMini5 CAD. If legit (can't vouch at 100%), there is indeed (just as rumored) no external design changes (except of relocated mic, centered on upper back panel). In short, it will very likely be a specs bump only update... pic.twitter.com/z5XuBKZVmN — Steve H.McFly (@OnLeaks) February 19, 2019

On the upside, details gleamed from an iOS developer beta could hint that Apple's new ‌iPad mini‌ will feature support for the Apple Pencil and Smart Keyboard.

Rumors have suggested both a new ‌iPad mini‌ 5 and an updated ‌iPad‌ will launch in early 2019, and we've seen signs of them in iOS 12.2 and through registration with the Eurasian Economic Commission.

Based on recent years, it's natural to speculate that Apple will announce the ‌iPad mini‌ 5 at its rumored March 25 event, however reports claim Apple's event will be services-focused, suggesting any hardware updates may come in the form of a press release or at another event further down the line.

Seems like a missed opportunity with the mini... Would love one with updated design and specs for a reasonable price...

sfwalter
If its just a spec bump then why even update it after all these years?
Score: 27 Votes (Like | Disagree)

braddick
The older style mini iPad with a significant spec bump is WAY better than the alternative. No new iPad mini at all.
Score: 23 Votes (Like | Disagree)

xDKP
Seems like a missed opportunity with the mini... Would love one with updated design and specs for a reasonable price... A pretty good travel companion for both my days on the road with work and in planes etc.
Score: 20 Votes (Like | Disagree)

If its just a spec bump then why even update it after all these years?

It’s what a lot of people have been asking for. People like the Mini the way it is, but the A8 is nearly 5 generations old.
Score: 19 Votes (Like | Disagree)

I wouldn’t buy an iPad unless it were comparable to my iPhone and could pair an Apple Watch. I would never want to feel like I’d have to carry both an iPad and iPhone.

Why would you want to pair an iPad to an Apple Watch?
And no, the iPad has its own uses, it’s not a glorified iPhone, as much as you’d like to believe that.
Score: 16 Votes (Like | Disagree)
Read All Comments

Monday May 17, 2021 6:06 am PDT by Joe Rossignol
Apple today announced that Apple Music will be gaining support for Spatial Audio with Dolby Atmos at no additional cost starting in June. At launch, Apple Music subscribers will have access to thousands of songs in Spatial Audio from artists like J Balvin, Gustavo Dudamel, Ariana Grande, Maroon 5, Kacey Musgraves, The Weeknd, and many others. Apple says this feature will provide a...
Read Full Article • 424 comments