In a thorough research note outlining Apple's plans for 2019, analyst Ming-Chi Kuo describes his outlook for the next iPad lineup. According to Kuo, Apple plans to release two new iPad Pro models, a 10.2-inch ‌iPad‌, and a refreshed iPad mini, each equipped with an upgraded processor, later this year. 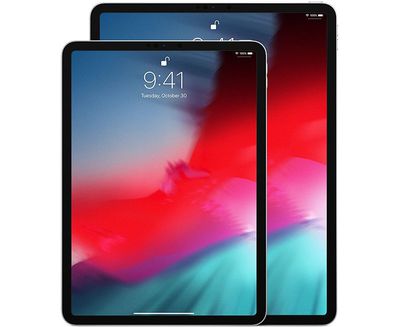 Rumors of a refreshed ‌iPad mini‌ ("‌iPad mini‌ 5") have been consistent over the past few months. Apple in January registered seven new iPad models with the Eurasian Economic Commission, and at least some of these are believed to be the ‌iPad mini‌. The others may be a new version of the low-cost 9.7-inch ‌iPad‌.

According to Kuo, the 9.7-inch iPad will be bumped up to 10.2 inches in 2019. No other details on the "two new ‌iPad‌ Pros" are given, but a release would likely be later in 2019 given their relatively recent updates.

BigBoy2018
In other news, Apple has no plans to release a OS for the iPads that actually leverages all that power.
Score: 24 Votes (Like | Disagree)

pratikindia
Steve's simplicity is gone with Tim. He is a confused guy.
Score: 21 Votes (Like | Disagree)

mi7chy
Take a break from pumping out new hardware and, instead, improve iOS since it doesn't even fully utilize previous hardware.
Score: 21 Votes (Like | Disagree)

Ds6778
Dude, Apple couldn’t make a more confusing product lineup if they tried. Starting to remind me of Samsung or LG.
Score: 20 Votes (Like | Disagree)

Work on the software specifically for iPad usage please....

iPads already have so much unharnessed power that it's bordering on ludicrous.
The blown up iPhone OS running on them is the problem...still
Score: 14 Votes (Like | Disagree)

If I knew why, I wouldn't have asked. I have no problem continuing to use Lighting. I know that the switch to USB C is inevitable, but it really doesn't offer me any benefits personally.

You must only own old Apple products then.

Let me run a scenario with you:

You buy a brand new iPad, a brand new iPhone, and a brand new MacBook Pro. You take everything home and you're super excited to open it all! You grab your iPhone cable to plug into your new computer, but guess what? You can't even plug your new iPad or iPhone into your shiny new MacBook. Why? Because the MacBook has USB-C, and the iPhone does not.

So now you have to spend even more money -- for no good reason -- to buy two new Lightning to USB-C cables: one for your iPad and one for your iPhone. These two new cables now let you plug your phone into your laptop. Yay! Except... Every time you try plug one of these cables into your device, you realize that you accidentally grabbed the wrong end of the cable so it won't plug in. You didn't notice that you grabbed the wrong end at first because USB-C and Lightning are almost the exact same size. So now you're frustrated with yourself because if these two ports are essentially the exact same size, WHY aren't they just the same?? And now you struggle to understand what possible reason could cause Apple to make devices that have almost the exact same ports as each other, but not actually the same ports. You think and think and think, but can't come up with an actual reason. Because there isn't one.

Except wait, there is a reason! It's just not a good one. And here it is: Apple makes a little bit more money by forcing you to buy extra cables, and to buy special "Made for iPhone" certified Lightning accessories. In essence, Apple is profiting off of your inconvenience. The whole "everything just works" philosophy is dead.

But it's 2019, and people have woken up. We now understand that this is what Apple has been doing, and we're fed up with it. We just want products that work together, like they SHOULD. There's not one single good reason for products to have "almost" the same port as each other, but not actually the same port. It only serves as an inconvenience to customers. There's no GOOD reason to keep Lightning in future products, unless Apple wants to continue to annoy their customers.

Continuing with the scenario: A few months down the road your wife decides to buy a new iPad Pro because it will help her immensely with her illustration business. She loves drawing on iPad Pro with the new Apple Pencil 2! It's so smooth and powerful, and it inspires her creativity. One day she decides to plug it into her MacBook to sync some movies to it, and guess what? Her cable has the same port on both sides! Cool! And both ends of the cable will seamlessly plug into either device. Ahhh, so satisfying! There's no worrying about plugging the wrong end in. Everything just works!

And then you're even more frustrated with Apple because if they can add USB-C to iPad Pro, you know that they can add it to iPad and iPhone too. But they just won't do it for some reason! So you remain annoyed for the foreseeable future, because you live in a world where Apple products are super inconsistent even though they don't have to be!
Score: 11 Votes (Like | Disagree)
Read All Comments