Troughton-Smith has been digging into the latest iOS beta for details on the new ‌iPad‌ models, and he says that all of this information should be taken with a grain of salt because he's not 100 percent sure on the details. 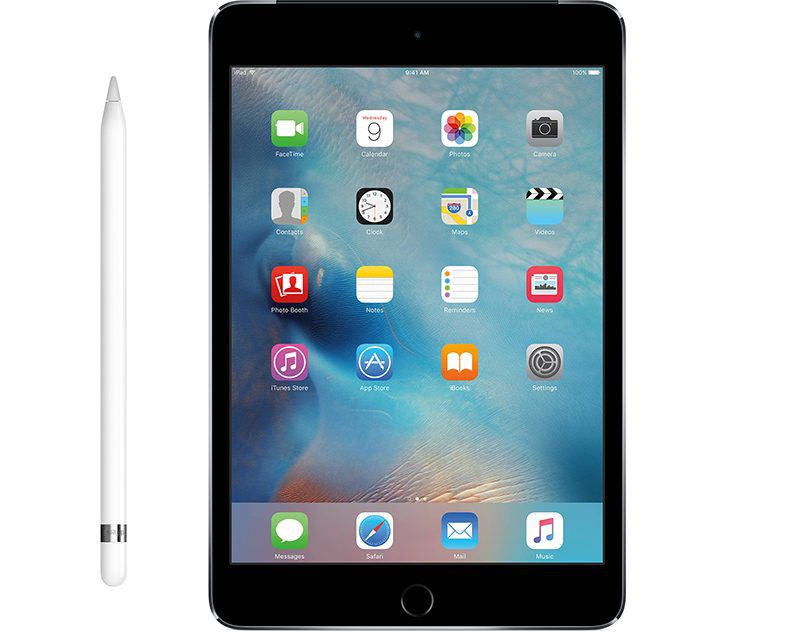 From what he's found, though, ‌iPad‌ models codenamed J210, J211, J217, and J218 come in two sizes, likely corresponding to rumored iPad mini 5 models and a refreshed sixth-generation ‌iPad‌, which is said to be getting a larger 10-inch display, up from 9.7 inches.

Both ‌iPad‌ sizes appear to support a ‌Smart Keyboard‌ and Pencil, which makes sense as Apple proved its willingness to offer ‌Apple Pencil‌ support in its more affordable tablets with the launch of the sixth-generation ‌iPad‌.

The new iPads appear to support Touch ID, so it sounds like the form factors will be similar to the existing models. Apple's iPad Pro models use Face ID, but with both the ‌iPad‌ and the new ‌iPad‌ mini likely to be positioned as more affordable devices, we're expecting Apple to stick with Touch ID.

Rumors have suggested both a new ‌iPad mini 5‌ and an updated ‌iPad‌ will launch in early 2019, and we've seen signs of them in iOS 12.2 and through registration with the Eurasian Economic Commission. Apple has held a March event for the last several years, so it's possible we'll be seeing updated tablets right around then.

Berti10
A bezel-less mini of e.g. 7“ and a $299 prize point could be the ultimate iPod/iPad crossover
Rating: 17 Votes

Fynd
The question is: will they cleanup the mess they have with 2 Apple Pencil's now? For some reason I don't see them adding the magnetic mounting to the 'cheap' iPads... but it's ****** having 2 different active Apple Pencils that don't work across devices.
Rating: 16 Votes

kupkakez
I love the iPad mini, it's great for reading books. I'd definitely think of picking one up!
Rating: 12 Votes

Still don't understand the market for an iPad Mini, but sure. Sell it if people will buy it.


If I could only have one iPad, I might agree. But I have two, and an iPhone. A mini for more casual times, and a iPad Pro 11 when its time to get serious. And because they all share data seamlessly, I can put down one and pick up the other without blinking.

I love the mini for its convenience, portability, and down right just more rugged. It's simple physics, drop a smaller form factor and its less likely to have a problem (F= MxA). It's less likely to bend (less leverage) Or maybe its just psychology. I just know my mini is easier to hold, so consequently I am far more casual with it. Its a good size for reading, the iPhone is just too small for me for a protracted time. So yeah, I tend to plug my iPad Pro in at night and charge it, while I keep the mini next to the bed.

Choice is great. My mini 4 is getting a tad slow.
Rating: 12 Votes

Ankaa
All I want is an iPad Pro Mini. But just as with iPhones, it's too much too ask for. I'm sick of getting smaller form factors at the cost of features. Unfortunately in Apple's mind it's "bigger is always better". Guess what, it's not. Maybe they should put some women in charge...
Rating: 11 Votes

Still don't understand the market for an iPad Mini, but sure. Sell it if people will buy it.


What's to understand? A big phone still isn't the same as a tablet, and some people want a more portable tablet.
Rating: 9 Votes

twocents
Seems Apple regards the iPad mini the same as a 4" iPhone. There is sizable interest for both, yet are relegated to the products that they'll work on when they get around to it. Its a shame really
Rating: 7 Votes

NT1440
If true, sold. Sight unseen. If it’s anything like the last mini AND supports the pencil, I’m in. I’ve owned a mini in the past before buying the 1st gen IPP. I truly miss the mini form factor for reading, it’s basically the perfect paperback AND an iPad to boot.
Rating: 6 Votes

cppguy
Seems like the iPad mini is a very good form factor. It's ideal for gaming, because it's big enough to see everything, yet small enough to hold it in the hand. For the same reason, it's great for reading, sketching, note taking -- unless you are painting an art masterpiece, or writing wall-to-wall equations. It's also great for navigation. Even the iPhone XS Max is too small to read, yet the iPad Pro is too hard to hold in the hand for extended periods of time. Also, Microsoft Office requires a subscription for the iPad Pro, but it's free for the Mini.
Rating: 5 Votes