Jay-Z's Album '4:44' Rumored to Arrive on Apple Music After One Week of Tidal Exclusivity

Soon after Jay-Z's newest album, "4:44," launched as an exclusive on his own streaming service Tidal, sources speaking to Billboard this weekend have said that 4:44 will be coming to Apple Music and iTunes later this week. Tidal and Sprint are believed to have a one week exclusivity window on 4:44, so it's predicted that the album will launch on Apple Music next Friday, July 7.

A rumor last year stated that Apple was in talks to purchase Tidal, but Apple Music executive Jimmy Iovine eventually denied those reports by saying, "We're really running our own race. We're not looking to acquire any streaming services." For a brief period of time earlier this year, Jay-Z even removed all of his albums from Apple Music and Spotify, although most eventually reappeared on Apple Music a few days later. 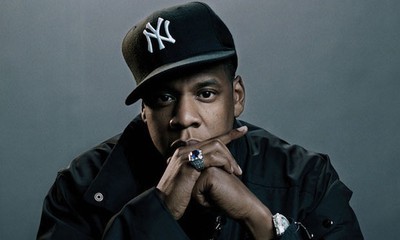 A track on 4:44, called "Smile," references the Apple Music and Tidal feud by specifically calling out Jimmy Iovine (via Business Insider).

F*** a slice of the apple pie, want my own cake
Chargin' my own fate
Respect Jimmy Iovine
But he gotta respect the Elohim as a whole new regime

The ongoing rivalry between the two competing music services is said to be negatively affecting the music industry as a whole, according to Kanye West who tweeted about the two companies last summer. Later in 2016, West blamed the fight between Apple Music and Tidal as the main factor behind the reason why there won't be a sequel to Watch The Throne, his 2011 collaboration with Jay-Z. Kanye's album "The Life of Pablo" began as a Tidal exclusive as well, before it eventually streamed on Apple Music and other services after a few months.

Exclusive deals for services like Apple Music, Tidal, and Spotify have come under fire in recent years by music labels and critics, but Apple has continued releasing exclusive music on its streaming service. Tidal has done the same thing with 4:44, tying the album into the service's recent acquisition by Sprint.

That source also confirmed that fans need to sign up for Sprint service in order to get the album if they are not already Tidal subscribers. Otherwise, as noted by disgruntled Jay fan hit-making producer Mark Ronson, it is only available to those who were pre-established Tidal subscribers before June 26 or already had Sprint service.

If this weekend's report is accurate, Tidal/Sprint's exclusivity window will be ending very soon, allowing more users to get a chance to listen to 4:44 than if it remained a streaming exclusive on Tidal. The sources didn't confirm whether 4:44 will make it to other streaming services in addition to Apple Music, like Spotify, after Tidal's exclusivity window ends.

ipedro
I’m not a JayZ fan and I’m ok with first week exclusives but prohibiting new Tidal members from listening to the album on Tidal (!!) was a dick move. A lot of people were burned and won’t be returning. Bad business move. Also, Jay Z’s attitude towards Apple and Spotify like they owe him something, specially since he’ll be releasing the album on their platforms anyway, is a huge turn off.
Score: 24 Votes (Like | Disagree)

joueboy
As much as this guy thinks himself as important, nobody really cares about him.
Score: 19 Votes (Like | Disagree)

As much as this guy thinks himself as important, nobody really cares about him.

Aside from his gorgeous wife, kids, extended family, and millions of fans. But hey I’m sure you can compete with that.
[doublepost=1499029268][/doublepost]

I listed to the album for free and it wasn't any good at all, so i really don't care if it comes to Apple Music or not.

Thanks for making the effort to let’s us all know how disinterested you are. :rolleyes:
Score: 11 Votes (Like | Disagree)

One of Taylor Swift's forgettable exes, I think.
Score: 6 Votes (Like | Disagree)

**** a faster iMac
Gluing server parts is whack
Respect Jony Ive
But he gotta respect the workstations we drive
Score: 6 Votes (Like | Disagree)
Read All Comments

Tuesday July 7, 2020 6:49 pm PDT by MacRumors Staff
Apple is planning on launching the iPhone 12 this fall which is rumored to be coming in 3 different sizes: 5.4", 6.1" and 6.7". The middle size (6.1") matches up with the currently shipping iPhone 11, but the other two sizes will be entirely new. Over the weekend, there was some excitement about how well the new 5.4" iPhone 12 compares to the original iPhone SE. Those who have been hoping...
Read Full Article • 143 comments

Wednesday July 8, 2020 3:14 pm PDT by Juli Clover
Apple is working on Macs that use its custom Apple-designed Apple Silicon chips instead of Intel chips, but Apple has committed to continuing to support Thunderbolt, reports The Verge. In a statement, an Apple spokesperson said that Apple's upcoming machines will offer support for Intel's Thunderbolt USB-C standard. "Over a decade ago, Apple partnered with Intel to design and develop...
Read Full Article • 209 comments