Apple has moved to quash rumors that it is interested in purchasing rival music streaming service Tidal, according to BuzzFeed.

Back in June of this year, The Wall Street Journal reported that Apple was "in talks" to acquire Tidal, which has fiercely competed with Apple Music for exclusivity rights to top list artists. 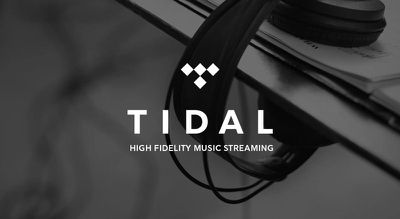 However, pushed on the subject in a forthcoming interview, head of Apple Music Jimmy Iovine told BuzzFeed that "We're really running our own race. We're not looking to acquire any streaming services." Iovine didn't deny that discussions had taken place, but said that no acquisition deal was currently in the works.

Iovine's remarks are the first time anyone from Apple has commented on the alleged talks, which some believed indicated Cupertino's hardened resolve to catch Spotify as the leader in the streaming market. Yesterday, Spotify announced that it now has over 40 million paying subscribers, compared to Apple Music's 17 million as of early September, showing that Spotify is still outpacing Apple's service in terms of growth.

Buying Tidal would have landed Apple Music an additional 4 million subscribers, all things remaining the same.

Theoretically, acquiring the company could have also aided Apple's relationships with some big names in the music industry – Tidal is owned by various artists including Beyoncé, Rihanna, Kanye West, Alicia Keys, and Madonna. Back in June, Kanye West suggested the company wanted to partner up with Apple Music to heal the schism between the rival services, which he said was harming the industry.

In March 2015, Jay Z acquired Tidal parent company Aspiro AB for $56 million, but it has struggled to find stability. The company has moved on three chief executives in the last year, and last week it reported a net loss of $28 million for 2015, more than double its losses from the year before.

Apple released a redesigned, more streamlined version of its own streaming service on Tuesday as a part of the new iOS 10 release.

Sorry Kanye. Maybe some other time.

The moment he heard the news..

fitshaced
Kanye West is seriously getting far too much attention in the world.
Score: 14 Votes (Like | Disagree)

HiRez
Why acquire when you can just wait a few months and watch it burn itself to the ground?
Score: 11 Votes (Like | Disagree)

What every one seems to have forgotten is that Tidal has an edge over Spotify and AM..."lossless" streaming. I had fully expected that AM would leverage "quality" at launch and was very disappointed they didn't try to raise the bar given their historical stance on quality of audio whether it's calls, music, compression standards etc.

I'm patiently waiting for AM to upgrade in this area. Currently I feel Apple has double standards: on one end professing quality and on the other keeping the status quo on audio quality for their streaming service. Tidal (and potentially Spotify) would die overnight if they AM offered lossless (i.e. CD Quality) streaming. Come on Apple, do it!!!

You think people on here care about lossless when they're listening through BT headphones!!!?

Apple has clearly taken the 'mainstream' option in audio fidelity. If you're looking for pro audio solutions, Apple is no longer an option.
Score: 7 Votes (Like | Disagree)

Funny. This was a joke I take it?
Score: 6 Votes (Like | Disagree)
Read All Comments