As he has done over the past four years, Apple CEO Tim Cook has shared a tribute to the late Steve Jobs, touching on the importance of remembering the Apple co-founder and former CEO today, which marks the fifth anniversary of his death on October 5, 2011. 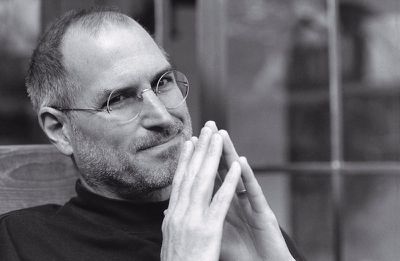 "Most important, have the courage to follow your heart and intuition." Remembering Steve and the many ways he changed our world. pic.twitter.com/ONAuEoq3uU — Tim Cook (@tim_cook) October 5, 2016

Since his death, Jobs' founding and presence at Apple has only become more scrutinized by the public after a string of films and documentaries aimed to depict his life and decisions during both his time at Apple and his years away from the company. Prior to his death in 2011, Tim Cook took the reins of the company as CEO on August 24, 2011, introducing the iPhone 4S, iOS 5, Siri, and iCloud to the public on the day before Jobs passed.

In previous years, Apple also updated its website to remember Jobs, creating a two-minute slideshow of his various keynote presentations and most famous audio clips on the one year anniversary of his death. In the days following his passing, Apple started posting "Remembering Steve" comments from fans on its website. The company noted that well over one million submissions came in for the project, all from well-wishing fans in the wake of Jobs' losing battle with pancreatic cancer.

Update: An email from Cook to Apple employees has been shared by MacGeneration:

I know many of you are thinking of Steve today, as we mark five years since his passing. His presence remains strong here at Apple, and his influence is still felt profoundly all around the world.

Personally, I think of Steve every day. His memory is an inspiration and source of strength for me, both in my job and in my personal life. I think of the bold risks he took as an innovator and a leader, and I think of the ordinary conversations we would have almost every day about our company, our customers, our families and friends. They are memories I will cherish forever.

More than ever, our daily lives are shaped by the products and ideas Steve brought to life. I wish he could see how popular and powerful iPhone photography has become. And I know he would love the magic and emotion of our new Memories feature in Photos on iOS 10.

Apple, the company he built and later rescued, is in many ways Steve’s most enduring legacy. He believed deeply that Apple should inspire us to do the best work of our lives, creating products that enrich the lives of others.

Steve made Apple’s values very clear. He showed us how to focus on doing a few things extremely well, and to set the bar incredibly high for ourselves. He demanded that we always strive for simplicity, in our products and our approach. And he knew that by being collaborative within Apple, we could achieve things no other company could do. We owe all of Apple’s success over the past two decades to those basic principles.

Steve also taught me that life’s great joy is in the journey, not in any particular occasion or event. It’s not about shipping or selling or winning an award. The real joy is in getting there.

Steve was a special, unforgettable person. Thank you for being a part of his legacy, and for joining me on this journey as we carry it into the future.

There were times when I find myself wondering what would Apple be like in 2016 if he was still at the helm.
Score: 31 Votes (Like | Disagree)

I wonder what he would make of the way Apple is run today and how Apple constantly fail to innovate year after year?

For so long, people accused Apple users of caring more about aesthetics than real computer power. Now that Apple have an in-house chip with double the single-core performance of the competitor, people start moaning about things like bezels.

maflynn
I'd say Apple is worse off without his guidance and vision
Score: 24 Votes (Like | Disagree)

There were times when I find myself wondering what would Apple be like in 2016 if he was still at the helm.

Let it go folks. If Steve were alive, he would probably have done things different. Sure.... But he's dead, and we need to accept that.
Score: 20 Votes (Like | Disagree)

NOBODY did it better.
Score: 18 Votes (Like | Disagree)
Read All Comments

Friday December 2, 2022 10:54 am PST by Juli Clover
Google is continuing on with its attempt to convince Apple to adopt the RCS messaging standard, publishing a new "it's time for RCS" blog post. Promoted heavily by Google, RCS or Rich Communication Services is a messaging standard that is designed to replace the current SMS messaging standard. It provides support for higher resolution photos and videos, audio messages, and bigger file sizes, ...
Read Full Article • 637 comments

Monday December 5, 2022 11:44 am PST by Juli Clover
Due to production issues at Apple supplier factories in China, the iPhone 14 Pro and iPhone 14 Pro Max are backordered and basically out of stock at every store. If you were planning to gift or receive an iPhone 14 Pro model for the holidays and didn't already get one, you're basically out of luck because they're gone until late December. Subscribe to the MacRumors YouTube channel for more ...
Read Full Article • 187 comments