Apple CEO Tim Cook has sent an internal email to employees (via The Telegraph) to commemorate the fourth anniversary since the death of late Apple co-founder and CEO Steve Jobs, who passed away October 5, 2011 following a lengthy illness. 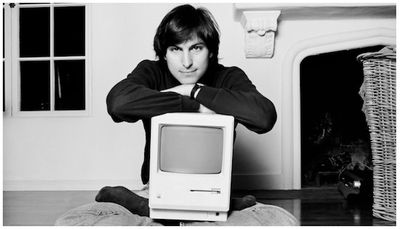 Cook described Steve as a "brilliant person," encouraging Apple employees to ask their co-workers about "what he was really like," and reminded his staff about the "privilege and responsibility" of continuing the work that he "loved so much."

Today marks four years since Steve passed away. On that day, the world lost a visionary. We at Apple lost a leader, a mentor, and many of us lost a dear friend.

Steve was a brilliant person, and his priorities were very simple. He loved his family above all, he loved Apple, and he loved the people with whom he worked so closely and achieved so much.

Each year since his passing, I have reminded everyone in the Apple community that we share the privilege and responsibility of continuing the work Steve loved so much.

What is his legacy? I see it all around us: An incredible team that embodies his spirit of innovation and creativity. The greatest products on earth, beloved by customers and empowering hundreds of millions of people around the world. Soaring achievements in technology and architecture. Experiences of surprise and delight. A company that only he could have built. A company with an intense determination to change the world for the better.

And, of course, the joy he brought his loved ones.

He told me several times in his final years that he hoped to live long enough to see some of the milestones in his children’s lives. I was in his office over the summer with Laurene and their youngest daughter. Messages and drawings from his kids to their father are still there on Steve’s whiteboard.

If you never knew Steve, you probably work with someone who did or who was here when he led Apple. Please stop one of us today and ask what he was really like. Several of us have posted our personal remembrances on AppleWeb, and I encourage you to read them.
Thank you for honoring Steve by continuing the work he started, and for remembering both who he was and what he stood for.

Cook replaced Jobs as Apple CEO on August 24, 2011 and introduced the iPhone 4S, alongside the launch of iOS 5 and iCloud, on the day prior to Jobs' death. He has shared similar tribute messages for Steve over the past three years.

Remembering Steve for who he was and what he stood for. We honor him by continuing the work he loved so much. pic.twitter.com/6UiXBjYe3l — Tim Cook (@tim_cook) October 5, 2015

Jobs co-founded Apple with Steve Wozniak and Ronald Wayne in 1976, but was ousted from the company in 1985. He returned as CEO in 1997 and remained at the company until his death in 2011, overseeing the launch of iconic products such as the iMac, iPod, iPhone and iPad.
Tags: Tim Cook, Steve Jobs
[ 85 comments ]

"And, of course, the joy he brought his loved ones."

What a crock... He was a deadbeat dad to his first daughter Lisa, he claimed he was sterile. even after DNA proved he was the father he didn't care for her until much later.

Way to go at something that transpired 30 years ago. Unless you grew up Beaver Cleaver with a white picket fence, you know that families are not always happy and perfect.

Was he a total denying douche the first 5 - 7 years she was alive? Absolutely. But you know what? He did pay child support (it's well documented) and as time went on, named projects after her and gradually got back into her orbit. She says very nice things about him with no other motive for her to do so.

As someone who is presently in a testy relationship with his own father, I can tell you that you can't judge one party in a 35+ year relationship based on their conduct in a few of them.

HiVolt
"And, of course, the joy he brought his loved ones."

What a crock... He was a deadbeat dad to his first daughter Lisa, he claimed he was sterile. even after DNA proved he was the father he didn't care for her until much later.
Score: 8 Votes (Like | Disagree)

ProjectManager101
I miss him. I still watching his keynotes from time to time, we need more people like him. Thank you.
Score: 8 Votes (Like | Disagree)

Apple isn't the same without you.
Score: 8 Votes (Like | Disagree)

Apple isn't the same without you.

..and that's exactly the way it should be when a new person takes the helm.
Score: 7 Votes (Like | Disagree)
Read All Comments

Wednesday May 18, 2022 9:00 am PDT by Joe Rossignol
Apple today shared a new ad highlighting iPhone privacy features like App Tracking Transparency and Mail Privacy Protection that are designed to give users more transparency and control when it comes to their personal data being collected. The ad revolves around a young woman named Ellie who discovers that her personal data is being sold at an auction house, with bids being placed on her...
Read Full Article • 113 comments