Back in 2015, Jawbone sued Fitbit for "systematically plundering" confidential information, stealing patented technology, and acquiring trade secrets from former Jawbone employees, and since then, the two have been embroiled in an ongoing legal dispute.

It looks like Fitbit is temporarily off the hook, though, as the United States International Trade Commission today said Fitbit did not steal Jawbone's trade secrets, putting an end to Jawbone's efforts to win an import ban against Fitbit. Without the ban, Fitbit will be able to continue importing and selling its fitness trackers in the United States. 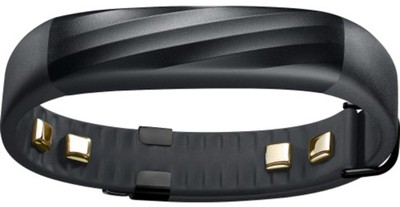 U.S. judge Dee Lord ruled there was no violation of the Tariff Act and that neither party "has been shown to have misappropriated any trade secret." The International Trade Commission previously invalidated Jawbone's patent claims and said Jawbone was "seeking a monopoly on the abstract ideas of collecting and monitoring sleep and other health-related data."

In a statement given to Business Insider, Jawbone said it would seek a review of the ruling before the full Commission and will proceed with its trade secret case against Fitbit, which is set to be heard by a jury in California. Fitbit, unsurprisingly, said it was pleased with the decision.

"We are pleased with the ITC's initial determination rejecting Jawbone's trade secret claims," said James Park, CEO and Co-Founder of Fitbit. "We greatly appreciate the ALJ's time and diligent work on this case. From the outset of this litigation, we have maintained that Jawbone's allegations were utterly without merit and nothing more than a desperate attempt by Jawbone to disrupt Fitbit's momentum to compensate for their own lack of success in the market. Our customers can be assured that we remain fully committed to creating innovative products that consumers love, and that we areexcited about the pipeline of new products coming out this year."

Both Jawbone and Fitbit make popular fitness tracking devices, but while Fitbit has continued to produce new activity trackers, Jawbone has not released a new fitness-related product since 2015. Earlier this year, following reports suggesting it was going out of business, Jawbone said it was committed to creating new wearable products. Jawbone is now said to be working on a clinical-grade health tracking device related to heart monitoring.

Saturday July 4, 2020 9:44 pm PDT by MacRumors Staff
iPhone 12 dummy models based on leaked schematics have been starting to circulate online and in online marketplaces. Not happy with the circulating size comparisons between the rumored 5.4" iPhone 12 and the original iPhone SE models, MacRumors forum user iZac took matters into his own hands and purchased his own 5.4" dummy model to provide more detailed size comparisons between the original...
Read Full Article • 185 comments

Wednesday July 8, 2020 9:35 am PDT by Joe Rossignol
Despite multiple reports indicating that Apple will not include EarPods or a wall charger with iPhone 12 models this year, one analyst believes that pricing will still increase slightly compared to the iPhone 11 lineup. In a research note provided to MacRumors, analyst Jeff Pu forecasted that iPhone 12 pricing will start at $749 for a new 5.4-inch model, an increase of $50 over the base...
Read Full Article • 263 comments

MacRumors Exclusive: Get 50% Off Your First Year of the 1Password Individual Plan ($17.94 for the Year)