Donald Trump Criticizes Apple for Opposing iPhone 'Backdoor' Order: 'Who Do They Think They Are?' 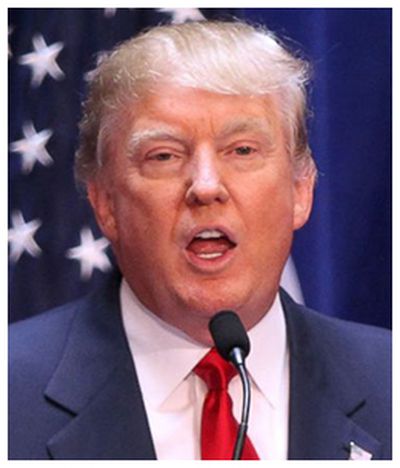 Donald Trump, a leading Republican candidate in the 2016 U.S. presidential elections, has spoken out against Apple's refusal to help the FBI access data on an iPhone 5c used by shooter Syed Farook in the 2015 San Bernardino attacks.

Trump, who appeared on the morning news show Fox and Friends this morning, said he agrees "100 percent with the courts" about the matter, as reported by Politico. "Who do [Apple] think they are? They have to open it up," he said.

Apple published an open letter earlier today stating that the company will oppose an order from a U.S. federal judge that demands the company create a new version of iOS that circumvents several important security features, allowing access to encrypted smartphone data to assist the FBI's investigation.

Apple CEO Tim Cook said that while the company is "shocked and outraged" by the San Bernardino attacks last December, and presumes "the FBI’s intentions are good," the company strongly believes that building a "backdoor" for U.S. government or law enforcement would be "too dangerous to create."

Opposing this order is not something we take lightly. We feel we must speak up in the face of what we see as an overreach by the U.S. government.

We are challenging the FBI’s demands with the deepest respect for American democracy and a love of our country. We believe it would be in the best interest of everyone to step back and consider the implications.

While we believe the FBI’s intentions are good, it would be wrong for the government to force us to build a backdoor into our products. And ultimately, we fear that this demand would undermine the very freedoms and liberty our government is meant to protect.

Apple has routinely encouraged the U.S. government to embrace its "no backdoors" encryption policy. In June 2015, Cook spoke about the importance of privacy at the Electronic Privacy Information Center's Champions of Freedom event in Washington D.C., and he has made several other privacy-centric speeches as chief executive.

California and New York assemblymen have introduced bills that aim to ban sales of devices with such strong levels of encryption, with a $2,500 fine per phone sold in violation, but bipartisan legislation was subsequently introduced in U.S. Congress that could block these state-level efforts. None of the bills have yet to be signed into law.

Brookzy
Well that's settled: If Trump opposes it, it's the right thing to do!
Score: 140 Votes (Like | Disagree)

Common Sense would dictate that the data on this phone couldn't possibly be so valuable that it's worth putting one billion other users' identities and personal data at risk.
Score: 118 Votes (Like | Disagree)

I'm a Trump supporter, but I respectfully disagree with him on this issue.

Brave of you to openly say that.
Score: 85 Votes (Like | Disagree)

lewisd25
I'm a Trump supporter, but I respectfully disagree with him on this issue.
Score: 71 Votes (Like | Disagree)
Read All Comments