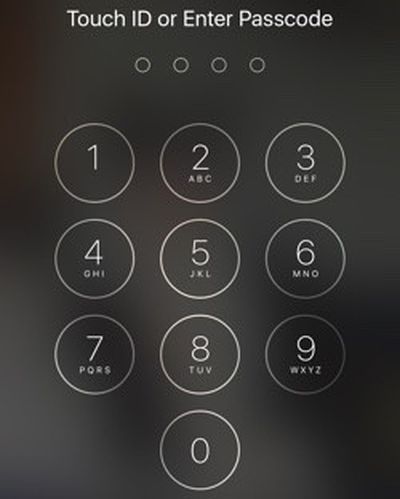 The federal bill will need to pass the U.S. House of Representatives and Senate, and be signed by the president, in order to become law. If passed quick enough, the bipartisan legislation would set precedent over state-level bills.

California and New York assemblymen have introduced new bills over the past year that would require smartphone manufacturers like Apple and Google to create devices that can be decrypted or unlocked, or be subject to fines.

The virtually identical bills would require any smartphone manufactured after January 1, 2017 and sold in New York or California to "be capable of being decrypted and unlocked by its manufacturer or its operating system provider." Apple and others would face a $2,500 fine per phone in violation of the proposed law.

Apple is strongly against government efforts to weaken smartphone encryption. The company ceased storing encryption keys for devices on iOS 8, making it impossible for the iPhone maker to unlock content on passcode-protected devices under police request. Both iOS and Android share these default encryption settings.

In September, FBI Director James Comey expressed concerns that Apple and Google are "marketing something expressly to allow people to place themselves above the law." Meanwhile, Apple CEO Tim Cook believes providing the U.S. government with back door access means the "back door's for everybody, for good guys and bad guys."

Read the full text of the "ENCRYPT Act of 2016" for more details about the new house bill.

zioxide
Good to see there are still a few sane bodies in Washington.
Score: 51 Votes (Like | Disagree)

kd5jos
Thank goodness someone is stepping up to stop the madness.
Score: 32 Votes (Like | Disagree)

In September, FBI Director James Comey expressed concerns ('https://www.macrumors.com/2014/09/25/rbi-concerned-with-apple-encryption/') that Apple and Google are "marketing something expressly to allow people to place themselves above the law."

Imagine the citizens of the USA being able to have the right to privacy! I think these people forget who they work for.

Not to mention he's too stupid to realize that even if Apple put in a back door, the criminals could add their own additional encryption for which there would be no backdoor.

That's one pretty ****ed up statement. Am I obligated by the law (whatever the hell that is) to hand my privacy? What a time to be alive.
Score: 17 Votes (Like | Disagree)

antonis
After Snowden leaks, the masks are gone, aren't they ? Governments can no longer hide their true face on spying matters. What they did secretly till then, now they ask for it openly.
Score: 13 Votes (Like | Disagree)

0007776
Good to see this come up as a bipartisan bill. Hopefully it passes and Obama is willing to sign it.
Score: 13 Votes (Like | Disagree)
Read All Comments