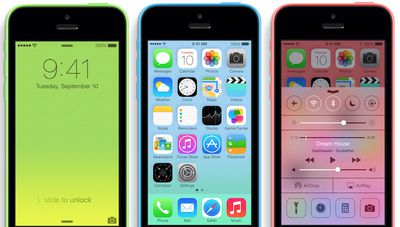 The judge ruled Tuesday that the Cupertino-based company had to provide "reasonable technical assistance" to the government in recovering data from the iPhone 5c, including bypassing the auto-erase function and allowing investigators to submit an unlimited number of passwords in their attempts to unlock the phone. Apple has five days to respond to the court if it believes that compliance would be "unreasonably burdensome."

Prosecutors argued that despite providing a warrant authorizing the search of Farook's device, the "government was unable to complete the search because it cannot access the iPhone's encrypted content." The FBI argued that Apple has the "technical means" to assist the government and, in a statement, U.S. attorney Eileen M. Decker said that the order was a "potentially important step" in finding out "everything we possibly can" about the San Bernardino attack.

Authorities said they were able to access several backups of Farook's iCloud data, which were saved a month before the attack took place. Prosecutors argued that the evidence in his iCloud account indicated he was in communication with both his victims and his wife, who assisted him in the attack. They allege he may have disabled iCloud data saves after that point to hide further potential evidence.

Last October, the Cupertino company reiterated that it "would be impossible" for the company to access data on a device using iOS 8 or later, but federal authorities are asking Apple to disable a feature that erases the iPhone's data after a certain number of failed password attempts. It's not clear if Apple is able to do so.

Apple stopped storing encryption keys after the release of iOS 8, making it impossible for the company to bypass passcodes to gain access to a device. Additionally, Apple CEO Tim Cook has consistently insisted that providing back-door access past its encryption for authorities would open the door for "bad guys" to gain access to its users' data.

73b
If even the FBI can't get in, Apple is doing something right.
Score: 63 Votes (Like | Disagree)

farewelwilliams
well...that tells us that at least one person bought an iphone 5c
Score: 58 Votes (Like | Disagree)

DipDog3
The iPhone is encrypted with a combination of the passcode and hardware key. Without the auto-wipe, the FBI will be able to try all of the combinations until they find the right one.

But running all of the combinations on the phone itself, can take over 5 years for a six-digit lower-case password mixing numbers and letters.

So the FBI will need brute force it on a supercomputer, but that would require the hardware key, which is built into the phone. Apple does not know the hardware key. The FBI would have to extract the key by melting the plastic off the chip and hitting it with bursts of lasers to hopefully recover bits of the key.

With a supercomputer, the FBI could crack a simple six-digit numeric code in about 22 hours, but a complex alpha-numeric password could take over 10 years.
Score: 34 Votes (Like | Disagree)

garirry
Even though there are things I don't like about post-Jobs Apple, their concern for privacy is one thing I have to give them credit for. I bet that they won't disable the auto-erase features and they certainly won't allow people without a password to access backuped data (assuming they save any of their data) just because of some stupid paranoid government.
Score: 32 Votes (Like | Disagree)

The privacy of our intellectual data will be my top priority when it comes to voting in the next election.

Well Sanders is your only option then.
Score: 30 Votes (Like | Disagree)
Read All Comments