FCC filings discovered by electronics company Securifi (via TUAW) have revealed Apple's plans for first-party iBeacon hardware to go along with the microlocation technology found in iOS. The transmitter is registered as the "Apple iBeacon" and carries a model number of A1573, which is in line with the company's other products. 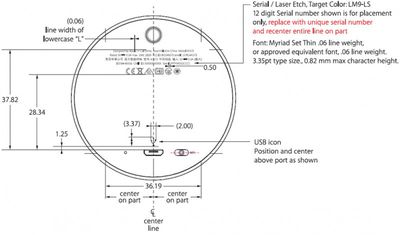 According to the documents filed by Apple, the iBeacon was tested in collaboration with China-based Audix Technology from April 30 to May 13, 2014. The beacon tested has a diameter of 5.46'' and has a highest working frequency of 2.4GHz, which is in line with modern Bluetooth standards.

Originally introduced at WWDC 2013, iBeacon technology enables iOS devices to communicate with transmitters through Bluetooth in order to deliver relevant information to apps and services when a user is nearby. Apple introduced a "Made for iPhone" iBeacon specification in February, signaling a more primary role for the technology in its devices and services.

So far, however, companies have used third-party transmitters, like the Estimote Beacon to work with the technology and iOS devices. Shopping app Shopkick and Macy's partnered during the holiday season last year to integrate the technology into stores, while Major League Baseball and the National Basketball Association have used iBeacons to enhance live events.

While it is unknown as to whether Apple will actually launch iBeacon hardware or not, the product could integrate with the company's other platforms and services. Apple's iBeacon could be the company's first product to integrate with its HomeKit initiative, which allows home automation devices and their apps to work with iOS.

It is likely that HomeKit integrated hardware would come further down the roadmap in Apple's future product lineup, as that lineup is expected to include the iWatch, perhaps a 12-inch Retina MacBook Air and a next-generation Apple TV.

stridemat
So if Apple can release these very cheaply to business then we could really see iBeacon take off.

Apple really are trying to make their ecosystem one of a kind.
Score: 4 Votes (Like | Disagree)

robinp
Over 5 inches seems very big to me. How big are other ibeacons? I'm sure they are much smaller

Edit
Actually, having looked more closely at the the drawing, the dims look to be in mm. Assuming that someone extrapolated these dims to work out 5.46 it seems most likely that it is 5.46cm which sounds much more like it!
Score: 3 Votes (Like | Disagree)

JoeG4
Is that a microUSB port?!

ellsworth
I would really like to see the iBeacon technology work in association with Hollywood Street Parking signs so it can tell me if it's safe to park or not: 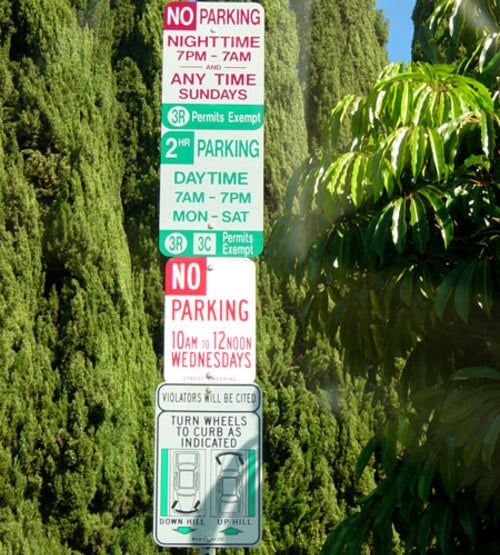 iBeacon to operate at 2.4ghz? Does no one at Apple see a problem with this? Not only does water resonate at this frequency to block any signal (think high humidity areas and outside venues where it may be foggy, sprinkle or rain), but a lot of businesses use internal comms and wifi modems on this frequency.

I would have picked anything other than 2.4ghz.


That's the frequency band bluetooth runs in, since the whole point of iBeacon is to use the ever-growing amount of BTLE hardware and software in phones, that's pretty much the only choice they had. If iBeacon had required another radio chip, with antenna, installed in devices, it was a non-starter.

Bluetooth is well-designed to work alongside WiFi, and other bluetooth devices sharing the same frequency band.
Score: 2 Votes (Like | Disagree)


While it is unknown as to whether Apple will actually launch iBeacon hardware or not, the product could integrate with the company's other platforms and services.

How about, "Whether Apple will actually launch iBeacon hardware is unknown, but the product could integrate with the company's other platforms and services."
Score: 2 Votes (Like | Disagree)
Read All Comments