Apple has implemented a new iBeacon specification and has begun certifying Bluetooth LE devices that utilize its iBeacon API under its Made For iPhone (MFi) program, according to a new report from Beekn.

iBeacons are physical Bluetooth low-energy transmitters that use Apple’s iBeacon API to provide micro-location information to nearby apps and devices, with an accuracy range of a few feet. iBeacons are compatible with Apple’s iPhones and iPads, as well as other devices that use Bluetooth LE, and have thus far been used primarily by retailers and other venues to provide location-specific information. 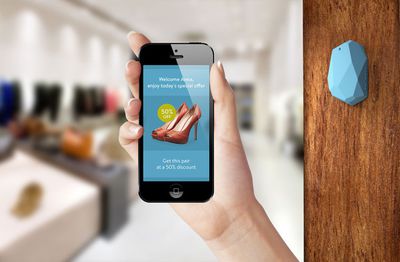 An Estimote Bluetooth LE Beacon
In order to use the iBeacon name, manufacturers now need to have their devices approved by Apple as part of the MFi program, similar to accessories and hardware for iOS devices. Using the term iBeacon requires manufacturers to meet specific criteria, which are only available after a non-disclosure agreement has been signed.

The new specification gives Apple more control over the iBeacon trademark, which has previously been used by several different manufacturers for various Bluetooth LE devices since iBeacons were introduced in June of 2013. It is no longer possible to use the iBeacon brand without consent from Apple.

As we've noted elsewhere, beacons that carry the iBeacon name are conforming to two things:

Since being introduced last year, iBeacons have been used by multiple retailers and venues in order to enhance visitor experiences in retail outlets, sports arenas, and other locations. Apple has rolled out iBeacons to its own stores as well, providing location-based product information to customers.

Still a crap idea in my opinion. I doubt I'll ever use it.


It's going to be great for places like museums. I hate the fact that it's going to largely used for marketing, but when other knowledge based applications come into play it'll be great.

Imagine cities and towns (like Boston) having their own tours with historical information available to you on the fly, museums that replace the antiquated audio tours with informative and dynamic interactive information right on your phone or tablet.

There are many useful applications of iBeacon, lets just hope that it doesn't get drowned out by unimaginative ad agencies.
Score: 11 Votes (Like | Disagree)

iPhones having just 17% share of smart phone market worldwide, any company that wants to deploy iBeacon-like technology will look for Android customers first.

Don't forget... market share is just what was sold this past quarter. You're completely ignoring installed base.

There are a few hundred million iPhones out in the world right now.

Every iPhone since the 4S has Bluetooth LE... and that represents a TON of customers.

Don't get hypnotized by Android's huge market share numbers. It's been proven that iPhone customers spend more money. App developers obviously realize this... and retailers who install iBeacons will too.

So what if 5 Android phones get sold for every 1 iPhone? That doesn't matter when the 1 iPhone is actually more valuable.
Score: 7 Votes (Like | Disagree)

This is going to be a disaster

Everyone will be annoyed at I beacons


Uh, how do you get annoyed by something you have to opt into to use? If you don't have the app that corresponds to a given iBeacon there is NOTHING that happens on your phone.

AngerDanger
Fantastic! I thought I'd lost my oddly geometric hat, but as you can plainly see, it's right there hanging on the flattened tree! 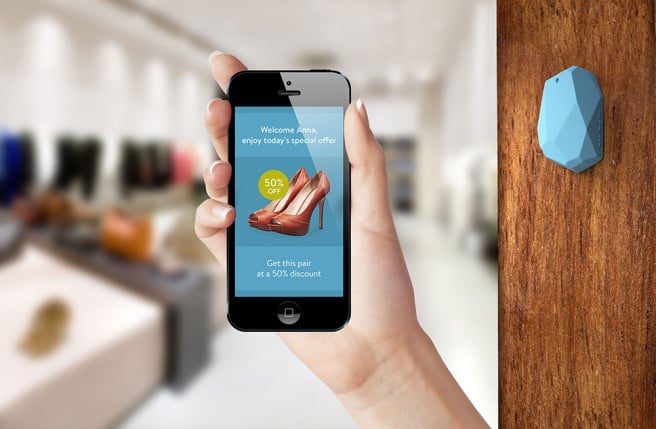 LordVic
if the iBeacon transmitters are cheap enough, I can see a lot of use for this for all platforms.

Even in home use.

Walk into bedroom, My phone could automagically fire up plex and connect its controls to my bedroom TV

Walk into the kitchen and my phone could automagically start streaming directly to my kitchen stereo.

hop into my car, phone automatically becomes unlocked, turns on bluetooth and turns off Wifi

keep one in pocket. Phone keeps unlocked while within a few feet radius of me.

the concept behind iBeacon can have a lot of use.


and yeah, for museums and the like its a great idea too.
Back in 1999 I went to Alcatraz and took a guided walking tour with headsets. The headset was on a timed playback. you had to keep up with it. Or pause. you had to go in specific order to get the tour in correct order. You had to stay in one location long enough for the record to continue on to the next place cause you coldn't skip.

With iBeacon, They can tell you the exact exhibit you're standing in front of and beam the information / audio what not directly to your phone that way (or your phone goes and retrieves the correct tour info for that location)
Score: 5 Votes (Like | Disagree)
Read All Comments