iBeacon Technology Begins Moving Into the Home and NBA Arenas

Apple's iBeacon technology is poised to influence the retail sector by offering a personalized shopping experience to customers, but it may also have personal benefits by interacting with apps when a user is at home. 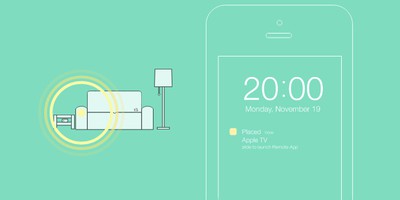 As spotted by TechCrunch, new iOS app Placed gives us a glimpse into personal iBeacon usage, linking an incoming iBeacon signal to apps associated with common household activities. With appropriately placed iBeacons, you could enable the remote when you sit on the couch or start a timer when you step up to the oven to cook.


Besides personal and retail use, iBeacon technology also is being used in sports to assist fans and add to the overall game experience. The Golden State Warriors became the first NBA team to adopt Apple's iBeacon technology, installing the Bluetooth transmitters in the team's home arena, reports Business Week.

you could enable the remote when you sit on the couch or start a timer when you step up to the oven to cook.

NightFox
There's lots of great potential here, such as music that follows you round your home or automatic lighting using a system such as Philips Hue. The only problem is that due to the sandboxed nature of iOS its success will be totally reliant on how Apple allows the technology to integrate with third party apps through public APIs.
Score: 5 Votes (Like | Disagree)

AngerDanger
Time to force-feed my pets some iBeacons. For… added security.
Score: 3 Votes (Like | Disagree)

I want an iBeacon that let's my phone know when I'm in bed and automatically puts my phone on silent.


you could just set a schedule for do not disturb. :cool:
Score: 2 Votes (Like | Disagree)

jmh600cbr
That's a great idea. Hopefully it's not expensive.
Score: 2 Votes (Like | Disagree)
Read All Comments

Wednesday July 8, 2020 3:14 pm PDT by Juli Clover
Apple is working on Macs that use its custom Apple-designed Apple Silicon chips instead of Intel chips, but Apple has committed to continuing to support Thunderbolt, reports The Verge. In a statement, an Apple spokesperson said that Apple's upcoming machines will offer support for Intel's Thunderbolt USB-C standard. "Over a decade ago, Apple partnered with Intel to design and develop...
Read Full Article • 216 comments