Apple will reportedly look to build a presence in India by opening small stores with resell partners and emphasize sales of entry-level iPhones and iPads, according to a new report from The Economic Times. The plan follows comments from Apple India executives Maneesh Dhir and Sanjay Kaul last October stating a desire for the company to build 100 exclusive standalone stores under the franchise model throughout the country. 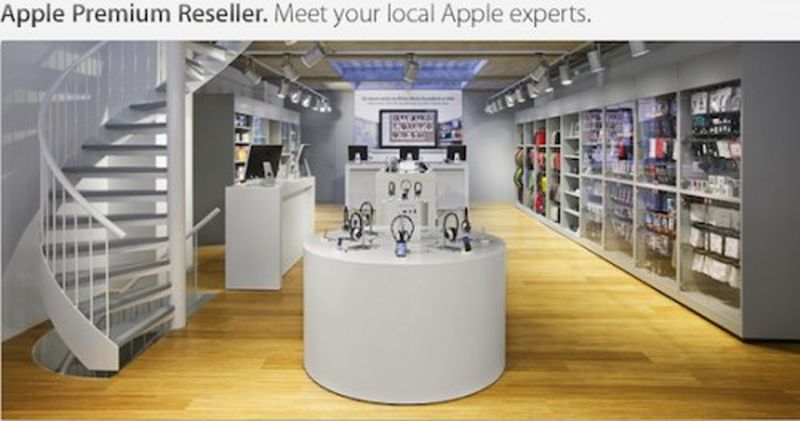 An Apple Premium Reseller in India

Apple has informed distributors and trade partners in recent meetings that it is looking to set up exclusive 400-600 sq ft stores in neighbourhoods and some popular high-street locations. They will focus on mobility products such as iPhones and iPads, besides entry-level Mac computers and iPods, said three of Apple's trade partners aware of the plans.

"Apple wants to focus more on its entry-level models in these stores such as iPhone 4, iPhone 4s, iPad mini and iPad 2, which are essentially in the sub- 30,000 segment and also its largest-selling products in India," said a senior executive of a leading trade partner of Apple.

The report adds that the company is looking to build these new stores in populated areas such Pune, Vizag, Guwahati, Durgapur, and Gangtok, stating that Apple is looking to attract the large number of students as well as residents with "high disposable incomes" in those regions. Currently, India does not have any Apple Retail Stores to call its own, although a report in January 2012 stated that Apple was interested in setting up locations in the country after business regulations were relaxed.

Q2 2013 figures from Canalys reported last August showed that India is the third largest smartphone market in the world, posting 129% growth and resulting in the shipment of 9 million smartphones during the quarter. Apple CEO Tim Cook mentioned during the company’s Q3 2013 earnings call that iPhone sales in India increased by 400% year-over-year, as the iPad posted double-digit growth in the region. It was also reported last month that Apple would be restarting iPhone 4 production for India, Indonesia, and Brazil in order to recapture market share in those countries.

mozumder
Too bad all the corruption by government officials is preventing them from opening actual Apple stores in India.
Rating: 3 Votes

Every country has different tariffs for importing different products, be it cellphones, computers or automobiles.


Yep. The tariff for an iPhone coming into India is about US $170, last time I checked.

That additional amount hurts, especially considering that native Indian companies are selling 5" Android based phones for not much more than just that.

... the bulk of the indian android market (from what I have seen and have been told) is using products that are priced between $150-250 un-subsidized. Those are your Micromax's (chinese brand i assume), Huwai and lower end samsung,LG,Nokia devices.

It's not just Apple. All outside companies have to deal with import tariffs and native competition.

What Apple is doing in India is smart: they're offering trade-ins and I think also loans. Actually, that's about all they can do, since they refuse to lower their profit margin and/or sell a budget phone.

Unless they sell a less expensive phone with nice specs, their share in India will be very low for a long time. I believe Apple's at what, around 4% of Indian smartphone sales? Not sure.

As someone working in the field of iOS app development, I can say with certainty that a lot of developers will be upset if Apple launches new screen resolutions with next iPhone launch while still keeping the iPhone 4/4S sizes in production.

2457282
The pictured store looks nice - not a typical apple look, but nice none the less. I imagine that apple will develop a signature look for these "smaller stores".
Rating: 1 Votes
[ Read All Comments ]