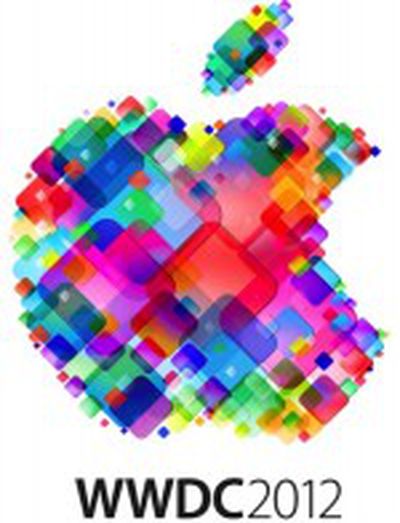 With Apple appearing to have a full slate of announcements lined up for its Worldwide Developers Conference (WWDC) keynote on Monday, we're offering this roundup to summarize a number of the high-profile rumors that have been circulating ahead of the event.

Apple has already announced that it will be previewing iOS 6 and OS X Mountain Lion at the event, and with Apple also expected to introduce a number of new Macs and perhaps make some additional announcements, the schedule appears to be packed.

Apple is not keeping it secret that iOS 6 will be a major component of WWDC 2012, with banners featuring the unannounced version of iOS having already been hung at the site of the conference. While we expect Apple will detail the many new features of iOS, the biggest new feature will be Apple's own mapping solution, which has been reported by multiple sources. Apple has been dependent on Google for mapping and navigation since the iPhone's original launch, but over the past several years Apple has made moves and acquisitions in an attempt to build its own solution. Here is a list of rumored features for the latest version of iOS:

OS X Mountain Lion is another known product that Apple will be discussing at the conference. Apple previously announced the new version of OS X back in February. The features included Notification Center, Messages, Reminders, Game Center, and Airplay. We've since seen hints at several other new features that Apple may also be including in OS X:

The third banner that is being prominently displayed in the Moscone lobby is one for iCloud. Apple CEO Tim Cook has said that iCloud is a strategy for the next decade. Due to a slip-up by Apple, we've already seen some of the new features that Apple is planning to bring to iCloud in iOS 6:

Due to a leaked inventory list, we know that Apple is shipping a dozen new Mac models to their retail stores, although the exact breakdown is somewhat open to how you interpret the part numbers and prices. At the least, it seems we'll see new MacBook Airs, Mac Pros and MacBook Pros. Depending on your interpretation, we may also see iMacs.

Meanwhile, Retina-class displays on Apple's new Macs has been an ongoing rumor that's even been corroborated by Bloomberg. Apple has already built in Retina-display support in OS X, and many expect them to release the corresponding hardware this week.

Apple has been rumored to be bringing a television set to market late this year or early next year, and there have been rumblings that the company may take its first steps toward that goal at WWDC with an unveiling of the operating system that will power the TV. Additional claims have suggested that Apple will be introducing an SDK to open up the current Apple TV set-top box to third-party developers. Those apps would naturally also be compatible with the television set should it come to fruition. We should note that all these Apple TV claims come from a single uncorroborated source, and may not happen next week.

A number of parts claimed to be for the next-generation iPhone have already begun leaking from Apple's supply chain, with the highest-profile leak so far being a hands-on video showing the back cover of the device. Apple is unlikely to introduce new iPhone hardware at WWDC, however, with most observers believing that the company will stick to the September/October timeframe seen last year with the iPhone 4S.

No iMac talk?
Why are they so bulky?
A slimmed down iMac would be a nice surprise.


iMac bulky? It's a desktop that is less bulky than a lot of flat screen TVs...
Score: 13 Votes (Like | Disagree)

I predict that Apple will release a developers version of iOS 6 at WWDC, and it will contain lots of subtle details about the iPhone 5, and we will be able to paint a nice picture of what the iPhone 5 will be like from details in iOS 6.
Score: 12 Votes (Like | Disagree)
Read All Comments