Japanese blog Mac Otakara reports that Apple's manufacturing partners Foxconn and Pegatron have begun production on the next-generation iPad, with Foxconn once again bearing approximately 85% of the load. According to the report, the initial production batch is targeted for shipment in early March, in line with a number of rumors regarding the iPad 3 launch.

According to Chinese source, Foxconn Technology and Pegatron Technology started next generation of iPad assembly with Foxconn bearing 85% and Pegatron taking 15% of the production load like as iPhone 4S. Accelerated schedule is made possible by earlier Chinese New Year festival, 23rd-28th January.

This first lot production implements LCD's, which are produced by Sharp Electronics Corporation, and aims to be shipped at early March, source told.

The report reiterates several of the details found in iLounge's reports on the device, including descriptions of a form factor that looks approximately the same as the iPad 2 but which is slightly thicker. Mac Otakara notes that tight-fitting iPad 2 cases will apparently not fit the new model but that the Smart Cover will be compatible with the new model despite an adjustment in the location of the device's magnets. 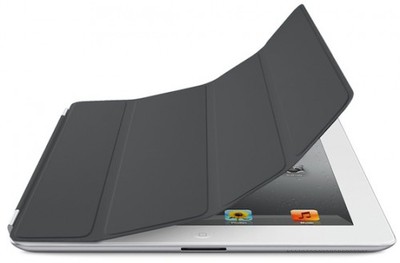 Mac Otakara has at times offered accurate information, but has had a few missteps including claims of a late 2011 launch for the iPad 3, new flash memory for MacBook Air solid state drive, and a SIM-less iPhone 4S.

Just of curiosity, does this ever deter you from buying one?
Score: 29 Votes (Like | Disagree)


Statistically speaking, wouldn't it be expected that 85% of a group of people bear 85% of suicides? The suicide rate at Foxconn is better than the rest of China.
Score: 16 Votes (Like | Disagree)

Statistically speaking, wouldn't it be expected that 85% of a group of people bear 85% of suicides? The suicide rate at Foxconn is better than the rest of China.


exactly. I don't want to suggest anyone shouldn't be making conditions as good as possible for factory workers - but the simple truth is:

A Chinese citizen is MORE likely to commit suicide outside of foxconn than inside foxconn.
Score: 14 Votes (Like | Disagree)

TWSS37
I hope so. I've been holding off since the first iPad to get the third version.
Score: 13 Votes (Like | Disagree)

Every year, about 30,000 US citizens who don't own iPads or iPhones commit suicide. There is a human cost in not owning them.

(The US postal service has less than half the number of employees that Foxconn has. Being employed there apparently drives so many people crazy, that the term "going postal" is used today for someone who grabs a gun and starts shooting random people).

Just of curiosity, does this ever deter you from buying one?

Most people don't care, some know about statistics, and the others should think about how many suicides there would be if nobody bought anything made at Foxconn and 800,000 employees lost their jobs.
Score: 11 Votes (Like | Disagree)

What does that even mean? 85% of the suicides? You sound like either a troll or a moron. The suicide rate for US college students is 4 times what it is at a Foxconn factory, and at Foxconn, it is much less than at comparable factories in China. What about for US soldiers? They commit suicide, so should we not deploy them anymore? What about car factories in Japan? Should we compare those rates also, and "think" about what we chose to buy/drive? People commit suicide, it doesn't matter if they are rich or poor, Chinese or America.
Score: 9 Votes (Like | Disagree)
Read All Comments