Tuesday January 10, 2012 7:43 am PST by Eric Slivka
iLounge, which just last week updated its claims regarding details of the next-generation iPad with mention of improved cameras, today reports that it has viewed what appear to be at least prototype parts for the device.

The parts, which seem to include the rear shell and front glass bezel, reportedly corroborate iLounge's earlier claims of an almost imperceptibly thicker body and an upgraded iPhone-like rear camera.

The new iPad’s body is so slightly thicker than the iPad 2 that the change is unnoticeable on first inspection; a roughly 1mm increase will barely be perceptible to users. We’ve heard that the only accessories that might have issues are cases, and then, only cases that were precisely contoured to fit the iPad 2’s back. On the rear, the camera in the upper left corner has become bigger—noticeably so when placed alongside the iPad 2, but not so huge that anyone would think they were different at a distance. The new camera hole is silver-ringed, and does in fact look the same size as the iPhone 4S’s much-improved rear camera system, minus the LED flash.

iLounge's Jeremy Horwitz reports that some accessory manufacturers are claiming that the iPad 3 will come with a slightly smaller screen, but a front glass bezel seen by Horwitz fails to support that notion. Otherwise, the locations of all external features of the iPad 3 remain identical to those on the iPad 2. 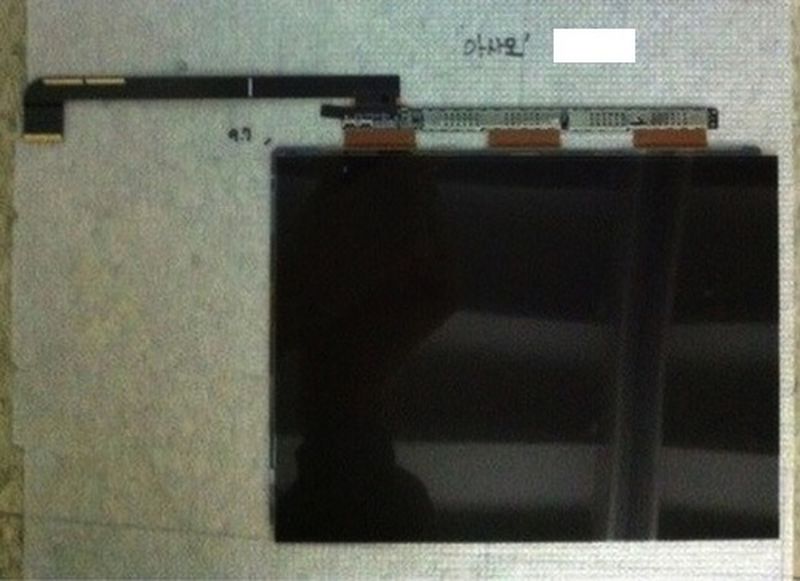 Horwitz cautions that the rear shell part he was able to view seems to have been produced at least six months ago and thus may not represent the final design for the next-generation iPad, which he notes could be called the iPad 3 or perhaps some variation on the iPad 2 name. But the parts do apparently support iLounge's existing claims of Apple's design tweaks for the next-generation iPad, which many are expecting to debut around March of this year.

Mjmar
My only concern is whether or not it will have a retina display.
Rating: 8 Votes

I know it is incredibly superficial but adding even one millimeter will not be acceptable. We are still in the middle of the "thin is in" race. Other manufacturers are shaving away at those millimeters Apple will be expected to do so as well.

let's see "other manufacturers" get that down pact.
Rating: 7 Votes

I have this horrible feeling it's going to be the iPad 2S released in March, with a retina screen but Dual-Core (higher clock speed) to drive that new display (not a Quad-Core yet). I just want somebody to say a dual-core technically couldn't drive a retina display that large. Could it? :( This would be Apple down to a tee, saving the quad-core for the iPad 4 (and it's 'major hardware upgrades' rumoured recently).
Rating: 4 Votes

Shrink
I must say that the photo in the news story took my breath away. I couldn't be more moved and excited. Any way to get a large, framed version? :rolleyes: :D
Rating: 4 Votes

ThatsMeRight
So unfortunately, we still know very little. If this is indeed a prototype shell from over 6 months ago, than everything can happen regarding design when Apple announces the iPad 3.

Well, my hopes are up for a great iPad launch with retina display. :)
Rating: 3 Votes


It already has one. I prefer it be on an adapter. I don't like the idea of having a dust collecting hole on my iPad. It would remain mostly empty for the majority of users (keep in mind, full size SD, one that would stick out of the iPad, like it does on the computers).

Can someone remind me of enticing or appealing features for the next iPad, besides a higher res display?


Quad core A6. Hoping for more memory (so it can last to iOS7 without the glitches the iPad1 has). Higher-res facetime camera. Better 3G (LTE isn't going to happen, and I only get wifi only models, but am realistic)
Rating: 2 Votes

justinfreid
Rings true to me

I think the parts indicate what the shipping product will be like, unless in the intervening 6 months they've been able to figure out a way to shave another milometer off the size.
I believe the camera will be better and the retina display will make it's way onto the device and think it's likely the current iPad 2 will stick around at a lower price point.
Rating: 2 Votes

Chupa Chupa
Riiiight. Some 3rd party manufacturers are claiming a slightly smaller screen just like they claimed the iPhone 5...er 4S would be tapered with a bigger screen.

AFAIC a smaller screen (if there is just one size as I assume there will be) is a fail, but I don't think Apple would do that so no worries. The improvements I need to see though are better resolution and lighter weight. I don't really care about improved camera quality or if it's slightly thicker.
Rating: 2 Votes