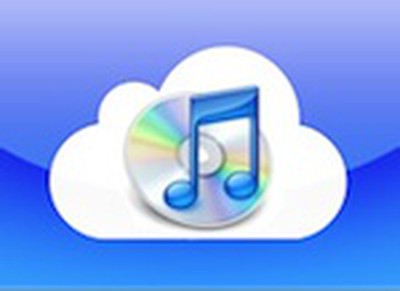 CNET reports that Apple is expected to charge customers a fee in order to use its forthcoming cloud-based music storage service, a new product said to be rapidly approaching completion. The company could, however, offer a free introductory period to give customers a chance to test out the new service and gather a user base.

Music industry insiders told me that Apple has indicated it could offer the service free of charge initially but that company will eventually require a fee. Google is also expected to charge for a similar service.

The report points to claims that Apple may charge a $20 annual fee for the service, although that information remains unconfirmed with many sources apparently not being privy to those details.

Apple's cloud-based plans have been said to be linked to a MobileMe revamp that could see certain aspects of cloud storage become free, even if the music storage component requires a modest annual fee.

Apple is not the only significant player looking to move to cloud-based music storage. Amazon late last month rolled out its Cloud Drive service with limited free storage augmented by various levels of paid storage. The company has, however, received some push back from record labels who were not included in discussions with Amazon. For its part, Google has been taking the Apple route and trying to work with record labels on a cloud-based music storage service, but the search and advertising giant has reportedly been "going backwards" in its talks with no signs of a resolution in the near future.

No real surprise here. Apple has been charging for MobileMe. Why not this service.

Just ruined my freakin day. I was really hoping it would be an added benefit instead of a paid feature.

Ick. :rolleyes:
Why would I pay for that?

Should have bloody known >:(

Well they won't be charging me.

AppleScruff1
I just hope they charge enough so that they make a big profit so that they can continue the service.
Score: 5 Votes (Like | Disagree)

iSee
Of course they are.
This kind of thing has to be paid for somehow. Common options:
1. Pay subscription
2. Ad supported
3. Loss-leader to help sell something profitable.

This rumor is suggesting that Apple is going with a combination of 1 and 3.
Score: 5 Votes (Like | Disagree)

brandscill
Not a surprise, even amazon charges a small fee for a decent amount of storage.
Score: 5 Votes (Like | Disagree)

rorschach
If I'm paying, I'd rather just have an all-you-can-eat subscription option and be able to stream to any song on iTunes.
Score: 5 Votes (Like | Disagree)

Just ruined my freakin day. I was really hoping it would be an added benefit instead of a paid feature.

Well that definitely counts me out as a potential user. (Yes i'm cheap)

Entitlement? No offense as many feel the same way. I just don't understand how some can realistically expect such a product/service to be free for how new it is.
Score: 4 Votes (Like | Disagree)
Read All Comments

Monday June 14, 2021 12:50 pm PDT by Juli Clover
Some M1 iMacs appear to have a manufacturing defect that causes the display to be mounted on the stand in a way that's not perfectly aligned, leading to a crooked display. YouTuber iPhonedo over the weekend published a review of the M1 iMac, and he found that his machine appeared to be tilted on one side, a mounting disparity that was visibly noticeable and proved with a ruler. Another...
Read Full Article • 277 comments

Tuesday June 15, 2021 3:41 am PDT by Tim Hardwick
Apple in iPadOS 15 has added the ability to access NTFS-formatted media from within the Files app. The additional support for the Windows-related format, first discovered by YouTuber Steven Fjordstrøm, is read-only, so like on macOS you can't modify files stored on NTFS devices, but you can at least copy any data on them for working on elsewhere on your iPad. The Files app has also gotten a...
Read Full Article • 99 comments