How to Install Rosetta on an Apple Silicon Powered Mac

Macs powered by Apple silicon, such as the MacBook Pro models featuring M1, M1 Pro, and ‌M1 Pro‌ Max chips, can run both iOS apps and Mac apps, but they can also run x86-64 software that's been built to work on Intel architecture, thanks to something called Rosetta 2. 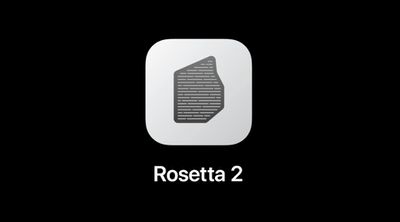 There are several ways that you can learn which of your apps need Rosetta, but regardless, your Mac will ask you if you want install Rosetta the first time you try to launch an app made for Intel.

Just click Install, then enter your username and password to allow Rosetta 2 installation to proceed. Once installation is complete, Rosetta will then be available for any of your apps that need it.

The translation process runs the first time the app is opened, and may cause the app's icon to bounce for a few seconds before it launches, but after that you likely won't see any performance hit. Indeed, in some cases, apps built with x86-64 will even run faster in Rosetta than they do on Intel Macs.

13 hours ago by Joe Rossignol