The utility of Apple's AirTag item trackers have started to be seen in law enforcement when locating stolen property, according to recent reports. 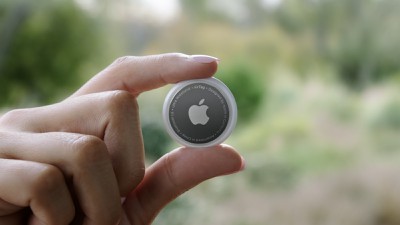 As reported by GadgetLite, an AirTag user in Boston was able to recover their stolen property with the help of the police and Apple's small tracking device.

Earlier this month, the user discovered that his bike had been stolen. Thankfully, he had hidden an AirTag inside the bicycle's pouch, which enabled him to see the bike's precise location and pass this information on to the police.

The Boston police were then able to recover the AirTag, still in its pouch, from a trashcan and found the stolen bike nearby. The police returned both items to their owner. Though the AirTag enabled the recovery of the bike, it did not help any arrests to be made or reveal who may have been responsible for the theft.

The AirTag has a number of features that prevent it from traveling with someone without their knowledge, which could alert a thief to its presence. For example, if your iPhone detects that an AirTag is traveling with you, it will issue a notification. A similar feature plays an audio alert when the AirTag has been separated from its owner for more than three days. In this case, it is likely that neither alert was triggered since the thief discarded the pouch containing the AirTag nearby.

While the AirTag is not explicitly designed to find a stolen item, instead being focused on locating a misplaced item, the reassurance of at least being able to try to track down a stolen item is an added bonus for many AirTag owners. For more about Apple's AirTag, see our dedicated guide.

Thursday June 3, 2021 11:10 am PDT by Juli Clover
Apple is enhancing AirTags security to prevent stalking using the Bluetooth devices, Apple told CNET today. Apple is already sending out over-the-air updates to AirTags that will shorten the amount of time before an unknown AirTag alerts you if it is in your possession. At the current time, AirTags play a sound after three days of being away from their owner. After the update, AirTags will...
Read Full Article • 234 comments

Friday April 30, 2021 2:41 pm PDT by Juli Clover
After years of waiting for the AirTags to debut, launch day is finally upon us and AirTags are now in the hands of customers. We got our AirTags in the mail today and thought we'd share a hands-on look for those who are still waiting for their orders or debating whether AirTags might be useful. Subscribe to the MacRumors YouTube channel for more videos. As you probably know by now, AirTags...
Read Full Article • 119 comments

Friday April 30, 2021 9:52 am PDT by Juli Clover
ElevationLab today debuted the TagVault, which is the most protective AirTag holder that we've seen to date. Priced at $12.95 for one or $29.95 for a pack of three, the TagVault is a two piece AirTag holder that screws together to offer total protection for an AirTag. The two halves come apart, the AirTag is situated in the middle, and then four screws hold the TagVault together....
Read Full Article • 171 comments

Monday May 24, 2021 6:26 am PDT by Sami Fathi
As reported by 9to5Mac, AirTag Hermès is currently unavailable for purchase from Apple or directly from the Hermès website. The reasoning behind the unavailability remains unknown. Apple's AirTags Hermès line features three separate styles, an AirTag with a Hermès keyring, bag charm, and luggage tag. All styles feature the standard AirTag with a removable backplate but engraved with...
Read Full Article • 59 comments