After months of rumors from multiple sources about Apple's long-awaited iMac redesign, Apple has discontinued the iMac Pro, in what appears to be another sign that more powerful iMacs with Apple silicon chips are on the way. 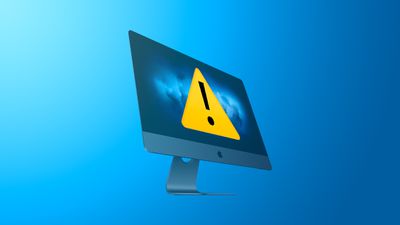 Apple is reportedly planning to equip the 2021 iMacs with next-generation Apple silicon chips, potentially with as many as 16 power cores and four efficiency cores, but higher-end models could have as many as 32 high-performance cores. Apple is also believed to be working on improved GPU technology for the ‌iMac‌ with 16 and 32-core graphics components.

In light of the impressive performance of the M1 chip used in Apple's lower-end Macs such as the MacBook Air, a more powerful desktop-class Apple silicon chip would likely yield massive performance and efficiency improvements beyond what the ‌iMac‌ Pro was able to offer.

The ‌‌iMac‌ Pro‌ was first released in December 2017 and did not receive any significant updates since its introduction. Apple recommends that customers interested in a powerful Apple desktop machine choose the 27-inch ‌iMac‌ that was introduced in August 2020, or the Mac Pro.

The ‌iMac‌ Pro shared the same external design as the standard ‌iMac‌, which has had the exact same design since 2012, with upgrades over the past nine years being mostly limited to the display and internals.

According to Bloomberg's Mark Gurman, the 2021 redesigned ‌iMac‌ models will feature significantly slimmed down bezels around the display. The large aluminum "chin" segment, below the display of current iMacs, will be removed entirely for a design that prioritizes the screen. Overall, Bloomberg expects the new ‌iMac‌ to look quite similar to the Pro Display XDR monitor that Apple released in 2019.

Current iMacs have a curved rear, but the new iMacs are expected to be completely flat at the back. Previous rumors have described the new ‌iMac‌ as adopting an "iPad Pro design language," presumably with squared-off edges and a slim profile, and played up the similarity of the new machine's look to the Pro Display XDR.

The ‌iMac‌ Pro was the first ‌iMac‌ to come in Space Gray, differentiating it from the standard model which is only available in Silver, but a recent report suggested that the 2021 ‌iMac‌ models will be offered in a wide range of color options that match the 2020 iPad Air models, including Silver, Space Gray, Green, Sky Blue, and Rose Gold.

With the advent of Apple silicon chips and the discontinuation of the ‌iMac‌ Pro, Apple may be simplifying its Mac offerings. Because the standard Intel ‌iMac‌ was given a significant final upgrade in August, it seems natural that there was no longer a place for the ‌iMac‌ Pro in the product lineup.

‌iMac‌ Pro customers can now anticipate the 2021 ‌iMac‌ models with a significantly redesigned exterior and a powerful Apple silicon chip inside, in what looks to be the biggest upgrade to the product line in almost a decade. New ‌iMac‌ models are expected to launch at some point between spring and fall this year.