In the fourth quarter of 2020, Apple saw its iPhone shipments in Gulf countries increase by 55% compared to the quarter prior, thanks to the launch of the 5G enabled iPhone 12 and last year's iPhone 11 lineup, according to market research by IDC. 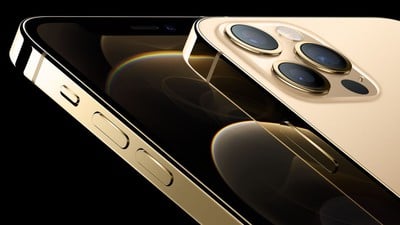 Quarter-on-quarter, Apple saw a significant increase of 55% in ‌‌iPhone‌‌ shipments, growth that was primarily enabled by the ‌‌iPhone 12‌‌ and last year's ‌‌iPhone 11‌‌ lineup. Akash Balachandran, IDC's senior research analyst, says that if it were not for shortages amongst Apple's supply chain, ‌iPhone‌ shipments would have been more prominent in the quarter.

Apple still, however, rests behind Samsung as the leading smartphone maker in the region. Samsung holds 42% of the market share for the GCC, 3% less than it did the previous quarter. Apple saw its market share increase by 7% to 23% in the final quarter of the year.

miric
All of them are in gold finish I suppose.
Score: 9 Votes (Like | Disagree)

bebarhood
I live in Saudi Arabia, and trust me when I say, the digital transformation over here is remarkable. The country is pushing for digital platforms very aggressively. Their 5G implementation and coverage is moving fast.
Score: 7 Votes (Like | Disagree)

betterbegood
They got more money per capita than basically anywhere else in the world so not that surprising. Good on them.
Score: 2 Votes (Like | Disagree)

JoshuaBru
So that’s what’s in all those containers blocking the Suez Canal
Score: 1 Votes (Like | Disagree)

Thanks for the Data !

I had never seen a breakdown for this region before, thanks !

Just be wary. These are official "estimates" from a third party source.
Score: 1 Votes (Like | Disagree)
Read All Comments

Monday March 15, 2021 1:29 pm PDT by Juli Clover
Apple continued to have a dominant hold on the wearables market in the fourth quarter of 2020, according to new shipment estimates shared today by IDC. Apple shipped 55.6 million wearable devices during the quarter for 36.2 percent market share. That's the same market share Apple held in the fourth quarter of 2019, but overall device shipments were up from 43.7 million in Q4 2019. Apple's...
Read Full Article • 111 comments

Tuesday March 9, 2021 4:17 am PST by Tim Hardwick
Apple produced 77.6 million iPhones units in the fourth quarter of 2020, 69.8 million of which were iPhone 12 models, helping the company overtake Samsung to become the top global smartphone brand, according to TrendForce. The analysts' latest report says Apple sold 10 million more phones than its biggest rival over the quarter, with Samsung selling 67 million phones, a quarter-on-quarter...
Read Full Article • 35 comments