Reliable Apple analyst Ming-Chi Kuo has set out an unusually ambitious prediction for an Apple product set to be released in the 2030s: augmented reality contact lenses. 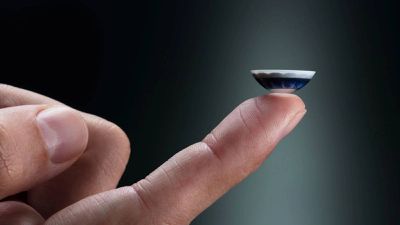 In a recent research note seen by MacRumors, Kuo explained that Apple will release augmented reality contact lenses at some point in the 2030s. The lenses are said to bring electronics from the era of "visible computing" to "invisible computing."

Apple contact lenses could provide a lightweight augmented reality experience without the need to wear glasses or a headset. In simple terms, augmented reality overlays digital information over a real-world view; for example, a person walking in an outdoor shopping plaza could easily view each store's hours of operation.

While rumors speculating this far ahead are difficult to take seriously and Apple's plans could change considerably over time, Kuo has a strong track record for accurately predicting what Apple is working on behind the scenes. Nevertheless, Kuo notes that there is "no visibility" for this product currently, so it is still well in the distance.

For more on Apple's plans for augmented reality and mixed reality, see our comprehensive roundup.

Thursday March 24, 2022 4:41 pm PDT by Juli Clover
The rumored 15-inch Mac notebook that Apple is working on might not be called the "MacBook Air," according to information shared today on Twitter by well-known Apple analyst Ming-Chi Kuo. Recent rumors have indicated that Apple is working on a larger-screened version of the MacBook Air that could measure in at around 15 inches and that would be sold alongside the 13-inch MacBook Air. The...
Read Full Article • 97 comments