Apple on Thursday reported its earnings for the fourth quarter of the 2020 fiscal year, including Mac revenue of $9 billion, a new quarterly record. Apple ended the year with annual Mac revenue of $28.6 billion, an all-time high. 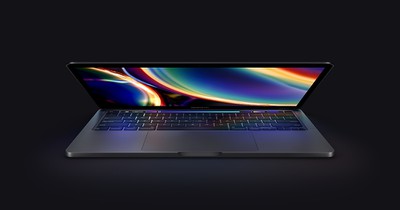 In its annual Form 10-K report [PDF], filed with the U.S. Securities and Exchange Commission today, Apple said increased Mac sales in fiscal 2020 compared to fiscal 2019 were primarily due to higher sales of the MacBook Pro. Apple introduced a new 16-inch MacBook Pro in the first quarter of the fiscal year, followed by a refreshed 13-inch MacBook Pro in the third quarter, both with faster Intel processors and a more reliable Magic Keyboard.

Apple has thrived during the pandemic in spite of economic uncertainty, with both Macs and iPads recording strong sales as many people continue to work, learn, and connect with family and friends from home. During its earnings call Thursday, Apple said that its products outside of the iPhone grew a combined 30 percent last quarter, despite supply constraints impacting the iPad, Mac, and Apple Watch throughout the quarter.

For more, see our coverage of Apple's earnings report.

the keyboard was fine. butterfly issues were overblown i think and unnecessarily scared potential customers away. interestingly the post above me proved my point. as Steve Jobs once said about the enterprise market: "the people that make those decisions sometimes are confused".

How was this issue overblown when Apple had a repair program set up to fix units with issues, repeatedly addressed it in year over year design adjustments, and then finally switched to a different one and stopped using it? You don’t need to defend Apple here, they have a team of lawyers for that. This problem was documented and addressed endlessly, it definitely wasn’t overblown.
Score: 37 Votes (Like | Disagree)

YoitsTmac
I mean yeah, they finally fixed the keyboard. I needed to upgrade and I held out for it. I also told all my clients to not buy anything in the lineup. I can’t imagine the frustration that would be felt if the damn keyboard just wouldn’t work as expected within 3, 5 or even 10 years
Score: 33 Votes (Like | Disagree)

the keyboard was fine. butterfly issues were overblown i think and unnecessarily scared potential customers away. interestingly the post above me proved my point. as Steve Jobs once said about the enterprise market: "the people that make those decisions sometimes are confused".

i have more of an issue with the touchbar IMO. if I tapped on the mission control button too hard where my finger slightly slid on the touch bar, touchbar cancels mission control. annoying.

I don't think it was overblown at all. 3 out of 4 my coworkers had issues with their keyboards. Plus the travel distance was too shallow to be comfortable. I know the second statement is subjective.
Score: 32 Votes (Like | Disagree)

logain
now, can you imagine what an insane amount of money they will make if they also get rid of the touchbar?
Score: 13 Votes (Like | Disagree)

sub150
A keyboard that works is good for sales. Shocking.
Score: 12 Votes (Like | Disagree)
Read All Comments