Apple Seeds Third Betas of iOS and iPadOS 14 to Developers

Apple today seeded the third betas of upcoming iOS 14 and iPadOS 14 updates to developers for testing purposes, two weeks after seeding the second betas and a month after unveiling the new software at the WWDC keynote. 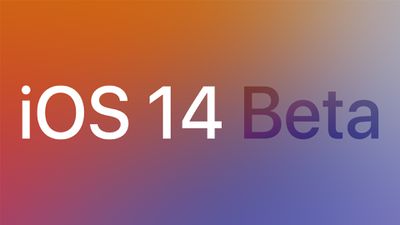 iOS 14 introduces a redesigned Home Screen that supports widgets for the first time, plus widgets have been redesigned and can now be customized in three sizes through the new widgets gallery.

There are tons more features in iOS 14 and iPadOS 14, so make sure to check out our iOS 14 roundup and our iPadOS 14 roundup for a full list of everything new. We also highlight all of the new feature tweaks and changes introduced with each beta iteration, and you can see the changes from beta 2 in our beta 2 tidbits article.

We'll be doing a separate article featuring the changes in beta 3 after we download the update and discover what's new.

iOS and iPadOS 14 are available to registered developers and public beta testers at this time. Beta testing for ‌iOS 14‌ will last for several months, with the update set to be released in September 2020.

WannaGoMac
Macrumors any chance you could please stop with the same extremely long description of iOS 14 for each beta? Perhaps just include what fixes are in the beta with a link to your very good overview of iOS 14.
Score: 44 Votes (Like | Disagree)

Macrumors any chance you could please stop with the same extremely long description of iOS 14 for each beta? Perhaps just include what fixes are in the beta with a link to your very good overview of iOS 14.

Commenting and replying just to make this more visible. The length of these posts is getting pretty obnoxious.
Score: 10 Votes (Like | Disagree)

5883662
Please just include the change log not this bloody novel about iOS 14 that has been done at least three times already.
Score: 7 Votes (Like | Disagree)

macduke
Glad to see this. For some reason beta 2 seemed buggier than beta 1 for me. Still not bad for a beta.
Score: 4 Votes (Like | Disagree)

Chris The Bipolarbear
found it what I was hoping fro was Big Sur beta 3
Score: 3 Votes (Like | Disagree)
Read All Comments

Thursday September 29, 2022 7:44 am PDT by Juli Clover
The iPhone 14 Pro and Pro Max introduce some major improvements in camera technology, adding a 48-megapixel lens and low-light improvements across all lenses with the new Photonic Engine. We've spent the last week working on an in-depth comparison that pits the new iPhone 14 Pro Max against the prior-generation iPhone 13 Pro Max to see just how much better the iPhone 14 Pro Max can be. Subscrib ...
Read Full Article • 133 comments

Thursday September 29, 2022 12:38 pm PDT by Juli Clover
Tony Blevins, Apple's vice president of procurement, is set to depart the company after he made a crude comment about his profession in a recent TikTok video, reports Bloomberg. Blevins was in a video by TikTok creator Daniel Mac, who was doing a series on the jobs of people he spotted with expensive cars. After seeing Blevins in an expensive Mercedes-Benz SLR McLaren, Mac asked Blevins what ...
Read Full Article • 678 comments