Two new camera modes could be coming to some models of Apple's "iPhone 12," according to YouTube channel EverythingApplePro and Max Weinbach. 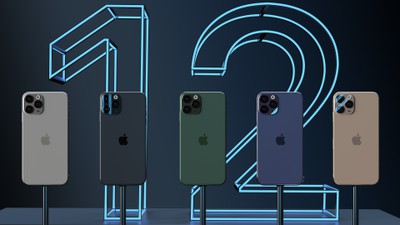 Weinbach reportedly tore down the Camera app in the recently released developer build of iOS 14 and found references to the new video modes.

Weinbach's Apple source subsequently confirmed that Apple is internally testing these new camera modes for upcoming iPhones, and that they'll likely be reserved for the higher-end models in this year's upcoming lineup.

Camera improvements are expected in the "‌iPhone 12‌" lineup. For example, rumors suggest some of the new iPhone models coming in 2020 will feature a 3D camera, which sounds like the LiDAR Scanner feature that Apple added in the 2020 iPad Pro models.

However the new 4K shooting modes are probably something to do with Apple's A14 chip. Current iPhones are limited to 4K at 60fps and 1080p at 240fps.

Apple plans to release four "‌‌iPhone 12‌‌" models with OLED displays in the fall, including one 5.4-inch model, two 6.1-inch models, and one 6.7-inch model, according to analyst Ming-Chi Kuo. All of the devices are expected to support 5G and they may sport a new design that includes more of a flat edged metal frame like the ‌iPad Pro‌ or ‌‌iPhone‌‌ 4.

Apple Silicon is top class. And people are wondering if their Macs will be ok lol.

Yeah, I mean it's not just capturing 4k, but playing, editing, and transcoding/encoding them on a mobile device with no active cooling, that's just amazing.

I think we are heading into a very exciting times.
Score: 11 Votes (Like | Disagree)

Santabean2000
Apple Silicon is top class. And people are wondering if their Macs will be ok lol.
Score: 9 Votes (Like | Disagree)

Mc0
So more base storage please. Imagine shooting in 4K with measly 64GB storage. You’d soon run out of storage space. You can still opt not to use 4K but. What’s the point if adding the feature if you can’t use it quite often.
Score: 7 Votes (Like | Disagree)

Wig321
Nice, this will match the PWM flicker.
Score: 4 Votes (Like | Disagree)

Wednesday July 8, 2020 9:35 am PDT by Joe Rossignol
Despite multiple reports indicating that Apple will not include EarPods or a wall charger with iPhone 12 models this year, one analyst believes that pricing will still increase slightly compared to the iPhone 11 lineup. In a research note provided to MacRumors, analyst Jeff Pu forecasted that iPhone 12 pricing will start at $749 for a new 5.4-inch model, an increase of $50 over the base...
Read Full Article • 219 comments