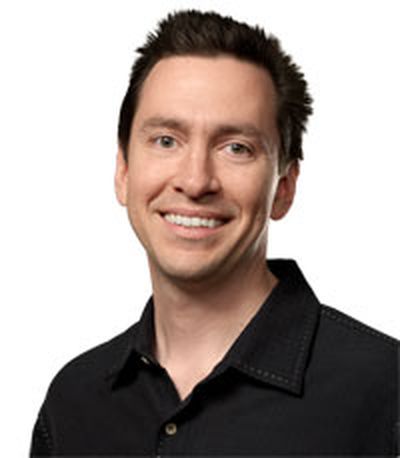 Former Apple executive and iOS chief Scott Forstall made a rare public appearance this week at Code.org's virtual Code Break event, and in between classes, Forstall shared the intriguing story of how he was hired by Steve Jobs.

Forstall revealed that he had been considering working at Microsoft when he went to interview at NexT, the company started by Jobs after he had left Apple. Forstall described the NexT interview as "intense," involving seventeen people over the course of the day.

"He just started peppering me with question after question, and after about 15 minutes we really clicked – on design, philosophy, and a bunch of other things," Forstall recalled.

"Eventually he stopped, and said, 'I know you have to interview for the rest of the day. I don't care what anyone says, at the end of the day, I'm giving you an offer. But please, pretend you're interested in everyone's questions throughout the rest of the day.' Then he looked at me and said, 'I'm sure you're going to accept this offer.' So this was his way to convince me."

Forstall went on to reveal that he'd also had an offer from Microsoft, which he subsequently turned down that day. The next morning, he found a dead fish in a box on his doorstep.

Reminded of the mafia's use of a dead fish delivery as a threat, Forstall checked the box for a return address: It was from Microsoft. So Forstall called up his contact there, but it turned out the company had sent him a fresh king salmon from Seattle's Pike Place fish market, implying that he wouldn't be able to buy fish like that if he moved to the Bay Area.

Forstall said he ended up cooking the fish and eating it that evening, and then went on to work with Steve Jobs at NeXT and then Apple for the next 20 years, before departing the company in 2013.


The video is embedded above. You can watch the part where Forstall's shares his experience of joining NeXT and working with Jobs from around the 34-minute mark.
Tags: Steve Jobs, Scott Forstall
[ 167 comments ]

jouster
I'm probably in a minority, but I liked Forstall's work on iOS more than Ive's. Sure--some of the skeuomorphic stuff could be a bit cheesy, but at least you knew when something was a damn button.
Score: 51 Votes (Like | Disagree)

its stories like the ones he relates in this article that brings it all back why i don't like this man.
at all.
heir apparent.
and a failure.
and still trying to live off steve job's memory.
no talent.
and still self-serving.

The very first sentence in the article states he made a very rare public appearance. So your statement about trying to live off steve’s memory is wrong. And if you can work with Steve Jobs for 20 years, you must have some talent.
Score: 43 Votes (Like | Disagree)

MattMJB0188
He NEEDS to come back and lead iOS design and functionality. I live for the day when iOS 6 look is restored.
Score: 21 Votes (Like | Disagree)

I also wonder what Apple would be like if he was still there. There’s probably a 0% chance of him returning so I guess we’ll never knowww.
Score: 21 Votes (Like | Disagree)

ruka.snow
So what I take from this article is if you turn a job down with Microsoft they used to send you a free fish... damn porch pirates!
Score: 19 Votes (Like | Disagree)
Read All Comments