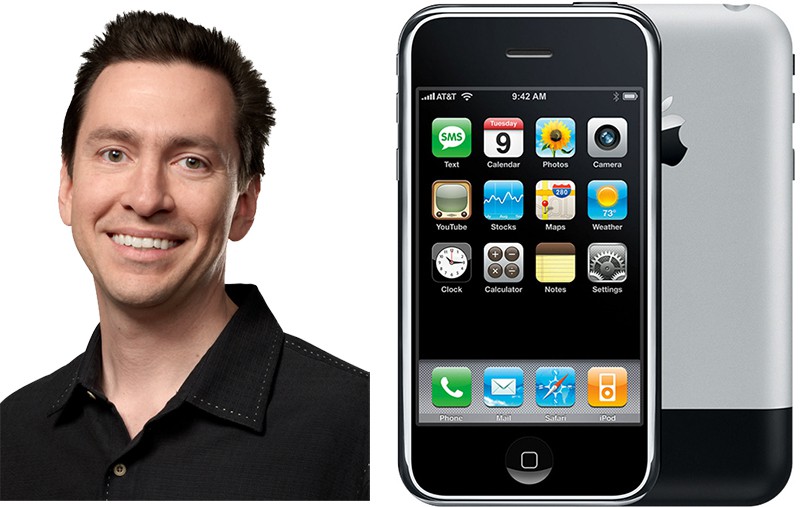 Forstall was Apple's Vice President of iOS from 2007 until 2012
Described as the "world's largest live interactive classroom," Code Break aims to engage with computer science students during the ongoing stay-at-home measures, and features weekly computer science challenges for students of all abilities, even those without computers.

Forstall was reportedly ousted from Apple in October 2012, following the botched launch of Apple Maps. Forstall has maintained a quiet presence since then, although he did sit down with journalist John Markoff for an interview at the Computer History Museum in June 2017. Otherwise his main focus has been Broadway production.

I look forward to joining students around the world this week for a #CodeBreak. https://t.co/P5RhWAkrj8 — Scott Forstall (@forstall) May 18, 2020

Anyone interested can sign up at the Code.org website, which has more information about the event. The Code Break stream is live every Wednesday at 10.00 a.m. Pacific Time / 1.00 p.m. Eastern Time.

Update: The full video is now available to watch.

At least it was creative. I still prefer it over the mess of UI inconsistency today. Each to their own though.

...Of what? Didn’t he singly almost destroy Apple Maps?

It was ****** TomTom data that was the issue, he was kicked for not publicly saying sorry. But like why should he? It wasn't his call to ditch Google Maps.
Score: 23 Votes (Like | Disagree)

kemal
I would take an overdose of skeuomorphism just to get iOS 6 look and feel back. F- this flat no contrast crap.
Score: 16 Votes (Like | Disagree)

At least it was creative. I still prefer it over the mess of UI inconsistency today. Each to their own though.

I agree... The flat design is boring and less interesting. The skeuomorphism should have been toned down a bit but I think it was essentially a good thing and it made iOS special. I've never really taken to it since.

I wonder what iOS would have been like now if they had kept Scott in charge of UX and left Jony to do only hardware design. I bet it would have been a lot more interesting.

The flat design worked really well for Android because before Material Design that was basically a cluster**** of different design paradigms. It was simply better because it had a design direction at all :) But iOS before version 7 was more human and more engaging IMO.
Score: 15 Votes (Like | Disagree)

diego.caraballo
You can love skeuomorphism or you can hate it, that's perfectly fine with me. One thing is very clear, iOS on Scott leadership was ROCK SOLID...it was extremely rare the need to reset the iPhone/iPad...today, well, it's a weekly thing. Sometimes you don't need to, because a seven-days-apart "fixes" that you need to install do the restarting thing for you.
Score: 15 Votes (Like | Disagree)
Read All Comments