The iPhone 12 is on course for a fall launch despite disruptions to mobile manufacturing in the wake of the coronavirus outbreak, according to Bloomberg, citing people familiar with Apple's supply chain. 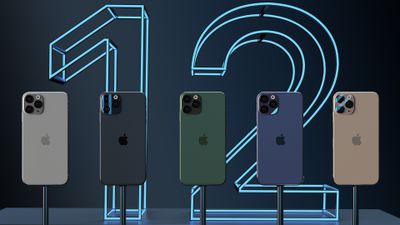 Apple’s next flagship iPhones, with 5G wireless capabilities, are still on schedule to launch in the fall, although that's partly because mass production isn't due to begin until May, said the people. They asked not to be identified discussing private supply chain issues.

Apple typically announces its latest flagship smartphones in September, with mass production beginning in May, which usually gives assemblers and component suppliers time to manufacture and amass units for shipping later in the fall.

Earlier this month, a Bloomberg report cited Bank of America analysts claiming that Apple's 5G iPhone could be delayed to due to the coronavirus outbreak. The analysts said Apple's ‌‌5G iPhone‌‌ release could be delayed by a month because of restrictions put in place on Apple employees visiting China earlier in the year to perfect assembly processes with manufacturing partners like Foxconn.

Those delays had the potential to eat into the time Apple needs to finalize orders for chips and other ‌iPhone‌ components that need to be made well in advance of when full production begins. However, supply chain experts told Reuters in late February that Apple still has time to keep the ‌‌‌iPhone‌‌‌ schedule on track, despite the travel restrictions.

Apple plans to release four so-called iPhone 12 models in the fall, including one 5.4-inch model, two 6.1-inch models, and one 6.7-inch model, according to analyst Ming-Chi Kuo. All of the devices are expected include OLED displays and support 5G, and they may sport a new design that includes more of a flat edged metal frame like the iPad Pro or ‌iPhone‌ 4.

Meanwhile, Apple's new ‌iPad Pro‌ models begin shipping next week. Production of those devices likely started at the top of the year, according to Bloomberg, although DigiTimes today reports that Apple is in the process of ramping up ‌iPad Pro‌ shipments, with volume for the new tablet series from the suppliers to climb about 40 percent sequentially in the second quarter.

Apple this week set worldwide purchase limits on its newly updated ‌iPad Pro‌ and MacBook Air models, its entire range of ‌iPhone‌ models, and the Mac mini on its online stores. Apple often places purchase limits on products in some Asian countries to combat the gray market, but the expanded restrictions are thought to be an effort to balance supply and demand amid the COVID-19 pandemic.

Justin Cymbal
I’m planning on buying the next iPhone

The 11 Pro has an unbelievable camera but I’m sure the 2020 iPhone will be a huge improvement as well...
Score: 5 Votes (Like | Disagree)

iDento
I want the blue 5.4’ one, my iPad Pro is always there when I want a larger screen. I hope there will be no feature parity with the larger iPhones.
Score: 2 Votes (Like | Disagree)

Alon1
Can we expect the next iPhone to have an even larger camera bump? The new iPad Pro shows that the time of flight sensor requires an area similar to that of a camera. Assuming that it doesn’t get placed in a different location on the iPhone and that we are not losing any of the 3 existing cameras, can we expect a larger, rectangular camera bump?
Score: 2 Votes (Like | Disagree)

A reveal event feels like it would be in bad taste right now. Hyping it up will lead to people wanting to gather in lines to try to get one. Maybe just do a silent update this year if you have to do something.

Let’s say the iPhone 12 does launch on time this year for ‘mid-September’, and Apple does a online presentation of the keynote versus a live audience gathering. I can tell you/guarantee right now, there won’t be any formulated lines outside Apple stores. I’m sure they’ll be restrictions in various countries/cities that just won’t allow it, unless this pandemic gets under control, which as of right now, that’s totally opposite of what’s happening.
Score: 2 Votes (Like | Disagree)

I want the blue 5.4’ one, my iPad Pro is always there when I want a larger screen. I hope there will be no feature parity with the larger iPhones.