At this time of year, Apple engineers and executives typically visit China as Apple's suppliers start getting ready to manufacture new iPhones, but that preparation process is delayed this year due to coronavirus travel restrictions, reports Reuters. 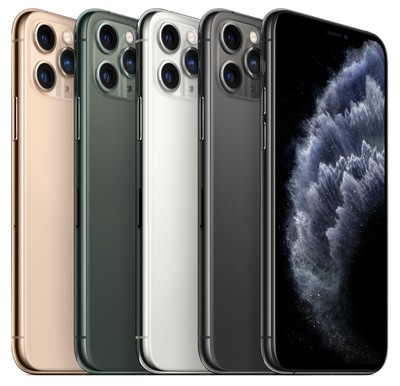 Production of new devices usually kicks off in the summer, but during the first months of the year, Apple employees visit China to perfect assembly processes with manufacturing partners like Foxconn. Reuters spoke to former Apple employees who said that it "could be bad" if Apple's engineers haven't been able to meet up with Foxconn engineers in China to plan iPhone 12 production.

"They probably have one assembly line they're trying things out on," said one of the former employees who asked not to be named discussing production matters.

"Are Apple's engineers with the Foxconn engineers? If they are, they're probably making progress. But if they're not, if they're quarantined, that could be bad."

People familiar with Apple's process for device prototyping to manufacturing said that work typically picks up after the Lunar New Year. By February, Apple is normally in the late stages of engineering validation, where Foxconn workers assemble a small number of devices and the manufacturing process is reviewed.

Reuters says that delays at this stage can eat into the time Apple needs to finalize orders for chips and other iPhone components that need to be made well in advance of when full production begins.

In March and April, Apple and Foxconn engineers work together to set up assembly lines and do trial runs, with final adjustments coming in April and May. One person familiar with Apple's process told Reuters that it's "very complicated" and there are "so many variables in the environment."

Supply chain experts have said that Apple still has time to keep the ‌iPhone‌ schedule on track, but the travel restrictions have made it difficult.

"There is no face-to-face work being done," an executive at a semiconductor firm that supplies smartphone companies and works with teams in China said, speaking generally about phone production cycles.

"And the word is, that's probably not going to change for another month at best. You're really talking about two lost months, which in the consumer electronics cycle is huge."

Foxconn and other Apple suppliers were shut down for multiple days in February and while factories are now up and running, they're not operating at full production capacity due to labor shortages, travel restrictions, and quarantines. Senior Foxconn officials are working remotely from Taipei and have not returned to China on a large scale.

U.S. airlines like United, which Apple often uses, have also suspended many flights to China. United will not be resuming flights to Beijing, Chengdu, Hong Kong, and Shanghai until April 24. People who do visit China are also subjected to health screenings and other restrictions when returning to the United States.

Apple has already warned investors that it will not be able to meet revenue goals for the March quarter due to device shortages and store closures in China, which have impacted device sales, and the company will provide additional info on the impact of the coronavirus during its April earnings call.

Ohhh I see. Thank you!

So instead of the often used statement "Labor is cheap in China... it would be expensive [I]anywhere else[/I]..."

It should be "This type of labor is ONLY available in China... and would be IMPOSSIBLE anywhere else..."

That's quite a different tune than what people usually say here... :)

I'm gonna bookmark Tim's quote... it will be useful when this discussion comes up again!

Yes, it's a cascade effect. People who think it's because of labor costs have no idea.

A good example is LCD manufacturing. It's not just about assembling the LCD module. The upstream components that are used to manufacture the LCD module itself are all in China, because the country has focused decades on industrial production. An LCD module is manufactured using:


How many university graduates in the USA have the desire, much less the experience to perform R&D or manufacturing on the above mentioned items? There's not a single LCD manufacturing plant on the continent.

When Tim Cook talks about the skill available in China, he's talking about this.
Score: 10 Votes (Like | Disagree)

Freida
Right, with a price tag of $3k. Sure
Any more sensible comments?

Right, with a price tag of $3k. Sure
Any more sensible comments?

No, same price. Why would it cost $3K? Apple is saying parts for the iPhone are made all over the world. It is assembled in China.
Score: 5 Votes (Like | Disagree)

When Tim Cook talks about the skill available in China, he's talking about this.

No no, I have it on good authority from the armchair CTOs here on MacRumors that all the iPhone manufacturing work in China is done by unskilled child slave labor. Your well-reasoned post must clearly be wrong.
Score: 5 Votes (Like | Disagree)

Have they ever heard of FaceTime?
Score: 4 Votes (Like | Disagree)
Read All Comments

Friday May 7, 2021 1:51 am PDT by Tim Hardwick
An early look at an ongoing analysis of Apple's App Tracking Transparency suggests that the vast majority of iPhone users are leaving app tracking disabled since the feature went live on April 26 with the release of iOS 14.5. According to the latest data from analytics firm Flurry, just 4% of iPhone users in the U.S. have actively chosen to opt into app tracking after updating their device...
Read Full Article • 164 comments