Apple has picked up a new drama series called "Suspicion" for Apple TV+, which will feature well-known actress Uma Thurman in a starring role. 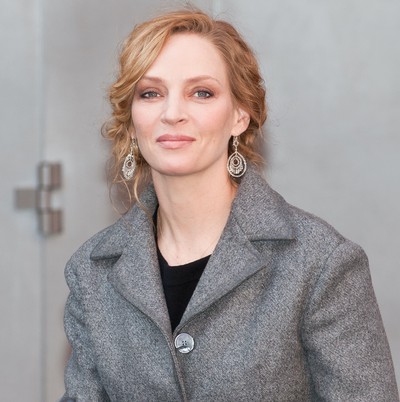 "Suspicion" is described as a "high-paced thriller" about the kidnapping of the 21-year-old son of a prominent American businesswoman, which is the role Thurman will take on.

Twenty-one-year-old Leo's abduction from a large, upmarket hotel in central New York is captured on video and goes viral. Swiftly, four British citizens staying at the hotel become the prime suspects. But are they guilty of anymore than being in the wrong place at the wrong time?

"Suspicion" is based on the award-winning Israeli series "False Flag," which Apple acquired the rights to adapt last year. The original Israeli series aired on Hulu in the United States.

Apple has several original TV shows in the works that are based on international series and books, including "Trying," "Slow Horses," "Masters of the Air," and "Pachinko."

She'll always be Poison Ivy to me. What a role.

Out of all her iconic roles, Poison Ivy was your favorite?
Score: 6 Votes (Like | Disagree)

lkrupp
We need another Kill Bill sequel! Apple, Uma, and Quentin, you can do it!
Score: 4 Votes (Like | Disagree)

WWPD
She'll always be Poison Ivy to me. What a role.
Score: 4 Votes (Like | Disagree)

bobringer
Apple's getting the band back together -->
Score: 3 Votes (Like | Disagree)

Apple's putting out some great stuff. I don't make enough time for what I want to watch of it really. I've enjoyed Morning Show and Emily Dickinson a lot.

Both See and Servant weren't my cup of tea, but I agree on The Morning Show and Dickinson. Between those and For All Mankind and Mythic Quest, I am probably going to pay $49.99/year when my 1-year free subscription ends.

needsomecoffee
Ethan... Ethan... what were you thinking ??
Score: 3 Votes (Like | Disagree)
Read All Comments

Friday July 23, 2021 9:37 am PDT by Juli Clover
Apple is developing an external display that includes an A13 chip with Neural Engine, according to a new rumor from 9to5Mac. The A13 chip with Neural Engine would presumably serve as an eGPU, though details are light at this time. Having a CPU/GPU built into the external display could help Macs deliver high-resolution graphics without using all the resources of the computer's internal chip....
Read Full Article • 224 comments

Saturday July 24, 2021 6:00 am PDT by MacRumors Staff
Apple's new MagSafe Battery Pack is now available, and we went hands-on this week for some early impressions of the new accessory to get more battery life out of Apple's iPhone 12 lineup. Subscribe to the MacRumors YouTube channel for more videos. This week also saw a number of rumors about the upcoming redesigned MacBook Pro models, the iPhone 13 lineup, the next-generation iPad mini, a new...
Read Full Article • 41 comments