UBS Predicts Foldable iPhone or iPad by 2021, But Skepticism Abounds

Apple will likely launch a foldable device within the next two years, analysts at investment bank UBS predict. In a research note obtained by CNBC, the analysts said the device is more likely to be an iPad than an iPhone, and they also believe it is more likely to launch in 2021 than 2020. 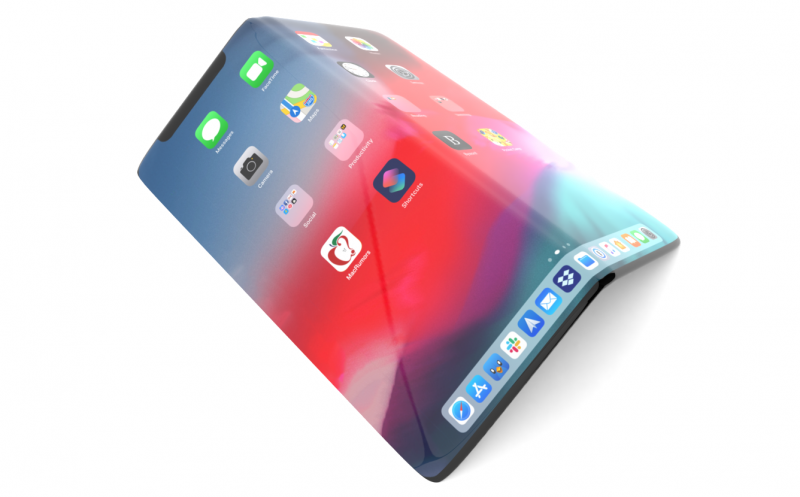 Emphasis should be placed on "predict," as this is likely just speculation, and proven sources like Ming-Chi Kuo or Mark Gurman have yet to report that Apple is actively developing a foldable ‌iPhone‌ or ‌iPad‌.

That's not the only reason to be skeptical. As noted by VentureBeat's Jeremy Horwitz, folding display technology is still in its infancy, as evidenced by the troubled launch of Samsung's Galaxy Fold, which experienced serious display issues that led the device to be postponed for several months.

Apple also has a reputation for releasing thin, sleek devices, and early folding smartphones are anything but that. That doesn't mean Apple can't do it better, but 2020 or 2021 could be quite an ambitious timeframe for a foldable ‌iPhone‌ or ‌iPad‌ that upholds the company's strict industrial design standards.

Apple has filed several patents for a folding iPhone, so it has at least explored the idea, but whether it happens any time soon remains up for debate.

Goldfrapp
What's next? A foldable phone with a hinge and a physical keyboard on one half?

Nobody wants a bendable phone. It adds nothing. It solves nothing.
Score: 30 Votes (Like | Disagree)

alexandr
i love that the notch is still there)))
Score: 16 Votes (Like | Disagree)

topgunn
A solution looking for a problem.
Score: 9 Votes (Like | Disagree)

However, this tech is no where near ready for daily consumer use.
Score: 8 Votes (Like | Disagree)

Relentless Power
I don’t see a market for foldable iPhones/iPads, It just seems gimmicky with a high Price tag. I think Apples focus will be continued in the wearables segment and with AR glasses.
Score: 7 Votes (Like | Disagree)
Read All Comments

Tuesday April 7, 2020 4:28 am PDT by Tim Hardwick
Two images shared on social media this morning are currently stoking speculation about possible hardware redesigns coming to the iPhone 12 and the potential introduction of Home screen widgets in iOS 14. Shared by Twitter user Fudge (choco_bit), the images depict a front and rear graphical representation of a smartphone with interface elements on the screen, suggesting it came out of a...
Read Full Article • 131 comments

Monday April 6, 2020 8:17 am PDT by Joe Rossignol
A sizeable number of Mac users are experiencing occasional system crashes after updating to macOS Catalina version 10.15.4, released a few weeks ago. The crashing issue appears to be most prominent when users attempt to make large file transfers. In a forum post, SoftRAID described the issue as a bug and said that it is working with Apple engineers on a fix for macOS 10.15.5, or a...
Read Full Article • 246 comments

Tuesday April 7, 2020 7:52 am PDT by Eric Slivka
Last week, we laid out evidence suggesting that the just-released iPad Pro models do not contain a U1 Ultra Wideband chip, including the lack of any mention of the chip in tech specs or Apple's press materials, the absence of software support for U1 features, and more. Most tellingly, iFixit was unable to find the chip or related antennas in the device. Daring Fireball's John Gruber has follo...
Read Full Article • 102 comments